Yet another sign that translations are moving centre-stage in India: two translated novels have made it to the DSC prize shortlist.

“Lucknow Boy” it is. After all the guessing games over the title of his memoir, Outlook’s Vinod Mehta finally settled on Lucknow Boy because, as the blurb says, that’s how he sees himself: a product of “the syncretic culture of Lucknow of the 1950s—an experience that turned him into an unflagging pseudo-secularist”. Penguin’s much-awaited memoir, with large doses of scandal and gossip, including on Shobhaa De, V.S. Naipaul, Salman Rushdie and Sonia Gandhi, and his famous dog, Editor, and his behind-the-scoops stories from the famous mole in Indira Gandhi’s cabinet to the match-fixing scandal and the Radia tapes, will be launched on November 9. 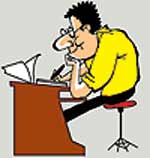 Yet another sign that translations are moving centre-stage in India: two translated novels—U.R. Ananthamurthy’s Bharathipura (OUP) and Chandrakanta’s A street in Srinagar (Zubaan)—have made it to the DSC prize shortlist. The other four works on the shortlist for the $50,000 prize to be announced at the Jaipur litfest in January: Chinaman by Sri Lankan Shehan Karunatilaka, Monkey Man by former Crossword prize-winner Usha K.R., The Thing About Thugs by Hindu litprize jurist Tabish Khair, and The Story that Must Not Be Told by surgeon-novelist Kavery Nambisan.

The most dreaded words in newspaper offices these days seems to be “bestselling author”: they bombard one with e-mails, book launch invites, flyers, not to speak of free copies of their latest bestseller. Diwali is when they get more hyper, urging you to gift someone a book they’ll cherish —their fifth or sixth ‘bestseller’!