Are translations breaking out of their ghetto? Three novels by regional heavyweights appear in a mainstream literary prize shortlist 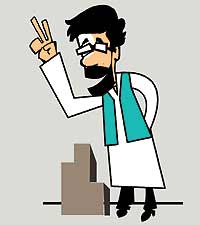 Are translations breaking out of their ghetto? After decades of being overshadowed by Indian English writers, or competing in a reserved category, three novels by regional heavyweights appear in a mainstream literary prize shortlist. Amitav Ghosh’s River of Smoke is up against U.R. Ananthamurthy’s Bharathipura, Sunil Gangopadhyay’s The Fakir and N.S. Madhavan’s Litanies of Dutch Battery. Compare this to the Hindu’s shortlist last year: not a single work in translation made it—perhaps publishers were wary of sending indifferently translated books. Other books in the running: The Folded Earth by Anuradha Roy, The Sly Company of People Who Care by Rahul Bhattacharya and The Storyteller of Marrakesh by Joydeep Roy-Bhattacharya. 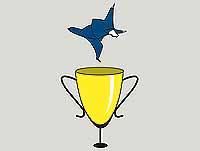 Ananthamurthy’s Bharathipura also figures in the DSC litprize longlist. It’s also the only title common to both lists. It might have something to do with the cutoff date of publication as nearly all the 16 longlisted books are last year’s, like the 2010 Hindu Litprize winner, Manu Joseph’s Serious Men. Last year’s DSC longlist had one translated work—Shankar’s Middleman; this year there are three. Besides Bharathipura, there’s Chandrakanta’s A Street in Srinagar and Atiq Rahimi’s The Patience Stone. Looks like they are bending to the inevitable: where to find so many prize-worthy novels in English?

It wasn’t just authors who came to check out the scene at Simon & Schuster’s launch party last week, but editors from all publishing houses. And with such a feast of talent ready to be picked, they won’t be importing a publisher, you can be sure.