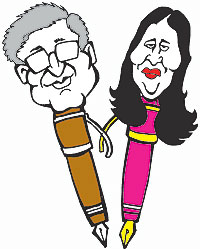 Maybe Pen-pals
The international literary circuit is buzzing with talk about the growing friendship between Turkish Nobel laureate Orhan Pamuk and our own Booker Prize-winning star Kiran Desai. During Pamuk’s last visit to India this spring, Kiran was his constant companion and the two, often seen in animated conversation, travelled to Mumbai and Goa together. Just good friends discussing literary devices and the burdens of celebrity, or what? 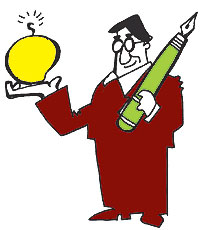 Sell-Out Set Off
Pakistani author Mohammad Hanif, author of the Booker-shortlisted A Case of Exploding Mangoes, has all of Pakistan abuzz with his new play, The Dictator’s Wife. While Mangoes is a savagely funny account of General Zia’s assassination, the play is set in Zia’s bedroom, where the protagonist, played by Hanif’s wife Nimra, receives 5,000 roses from a secret admirer, just as her husband walks in with a briefcase containing the control button for detonating the nuke. Edge-of-the-seat suspense, and Hanif’s biting satire, has won the play sellout performances in Lahore, and will now be performed in Karachi.

Darling dos of July
June is a lean month for publishers, and hence a hungry one for those who rely on book launches for their quota of free food and booze. The famine should be over in July, with the launch of the Hamish Hamilton imprint, part of the Penguin stable, in India. HH will open with a bang—Arundhati Roy’s new collection of essays, Listening to Grasshoppers, and young Pakistani Ali Sethi’s much-hyped debut novel The Wish Maker. Upamanyu Chatterjee’s new novel, Way to Go, will follow soon thereafter.