For Indian rights of which book did Penguin India pay over a million pounds? "An Indian Thorn Birds crossed with Gone with the Wind" 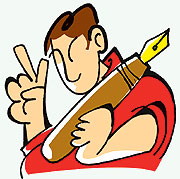 Money, Seriously
No wonder Indian publishers are being viewed with a new respect at the London Book Fair. Only consider: Penguin India paid nearly ten times more for Indian rights of a debut novel than what leading UK publisher, John Murray, reportedly paid for another debut novel, Serious Men, by Manu Joseph. John Murray probably hopes to recover part of the advance to Joseph’s agent (Blake Friedmann) by selling rights in the rest of the Commonwealth. But the rich Indian market has eluded them, with Joseph’s agent deciding on a separate auction here. HarperCollins bought the Indian rights for a huge advance. Despite its title, Serious Men is a comic tale.