Cold feet cost Random House India one of their biggest titles of the year. Find out why Rupa is gutsier than Penguin and why you should never buy a pirated book 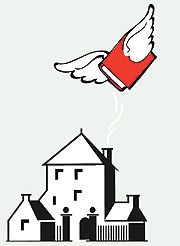 Picador’s Kill
Cold feet cost Random House India one of their biggest titles of the year. One of the most talked-about MS in recent times (and not just because of the author’s lineage—son of Indian columnist Tavleen Singh and Pakistan’s governor of Punjab, Salman Taseer), young journalist-writer Aatish Taseer’s Stranger to History: A Son’s Journey Through Islamic Lands was fiercely fought for. In India it was grabbed by Random House. But weeks before the book was to go to press, the publisher and author parted ways. Reason: the publisher was afraid of being sued for libel by Aatish’s powerful father. Other publishers weren’t so faint-hearted: around four got into the bidding war, and the MS went to a delighted Picador. 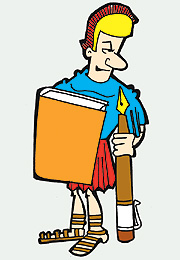 Imperfect Umbrage
Politicians browbeating publishers into cancelling book contracts by threatening libel suits is nothing new. Recently, it happened to Himani Dalmia, whose chicklitish tale of a girl growing up in a large, industrialist family, Life is Perfect, started giving nightmares to Penguin. The cause: a trouble-making politician famous for libel suits who heard—mistakenly—that her family got a passing mention in the book. Eventually, Dalmia found a publisher with more guts: Rupa.

Buried Treasure
This teaches you why you should never buy a pirated book. When the last Harry Potter was released, Pakistan’s Daniyal Mueenuddin sent his munshi to the city for a copy. When the munshi returned with the pirated edition, the star writer and his wife discovered why it was cheaper by Rs 100. Half-way through the book, they discovered a full 100 pages missing.