What do Chetan Bhagat, Kunal Basu, Jaishree Misra and Chitra Bannerjee Divakaruni have in common? And one five-star launch that nobody wants to miss... 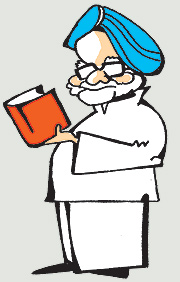 Not Papa’s Party
This is one five-star launch nobody wants to miss. The Prime Minister will be there, so will his wife, Gurcharan Kaur. And it’s not one of those titles where the hype about the advance or author is bigger than the book itself. It’ll also probably be the first time Prime Minister Manmohan Singh attends a book event without doing the honours. Instead, he’ll be sitting in the front row as a proud father. To no one’s surprise, the launch of historian Upinder Singh’s A History of Ancient and Early Medieval India early next month won’t be held at 7, Race Course Road. Instead, her publisher, Pearson, has wisely decided to go in for a five-star book party to cash in on their power list of invitees and the controversy the book is generating. 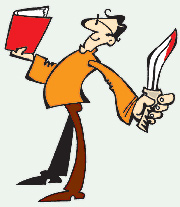 Killing Off A Kill
It’s not the media alone that is cashing in on murder mysteries. After turning up their nose at murder stories as somehow not literary enough, our writers are finally letting go of the literary caste divisions. First we had Man Asian-shortlisted Reeti Gadekar’s Families at Home, about the murder of a prosperous South Delhi businessman’s daughter. And now Indian diplomat-turned-pop novelist Vikas Swarup is out with Six Suspects, a racy page-turner on the murder of a Jessica Lal clone.

Talking Trio
What do Chetan Bhagat, Kunal Basu, Jaishree Misra and Chitra Bannerjee Divakaruni have in common? They’ve all sold film rights and are thereby entitled to lecture us on ‘Has Great Literature Spawned Great Cinema?’ at the Osian’s film festival in Delhi this Sunday.