Officially, this year's theme at the Calcutta Book Fair is the US. Unofficially, it will be Taslima Nasreen's absence... 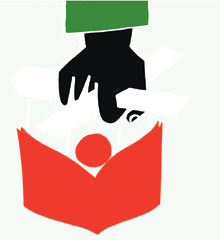 Uncle Sam’s Cabin
Officially, this year’s theme at the Calcutta Book Fair is the US. Unofficially, it will be the absent Taslima Nasreen who will reign over the 12-day fair. Muslim organisations are doing their best to ensure Taslima remains the centre of attention in her beloved Calcutta: they have threatened the organisers, Calcutta Publishers’ and Booksellers’ Guild, with dire consequences if her books are sold at the fair. The result? Whether the guild gives in or not, Taslima is destined to overshadow the US writers’ delegation led by Pulitzer Prize-winning poet Yusef Komanyakaa, and which includes two poet laureates of the US, Rita Dove and Donald Hill. 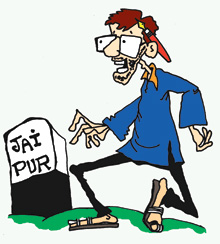 Broth Meets Cooks
The Jaipur litfest got bigger, and glitzier, thanks to a turf war between the local organisers and Delhi’s litfest mafia. Finding that the Jaipur litfest had evolved in only two years into a major event, our litfest pioneers naturally didn’t want to be left out of the action. Chaos prevailed for a while, but it’s turned out to be a case of too many cooks making the perfect broth: the litfest will now be a seven-day extravaganza, beginning with an ambitious pan-Indian literary event, Translating Bharat, followed by a star-studded English language litfest, both open to all.

Arise, Everyman
Turning literary events into public performances takes some doing, but both events at the Jaipur litfest have risen gamely to the challenge: Translating Bharat will kick off with the tribal rendition of Kabir’s dohas, while the English language one will start with a performance by author and sitarist Anoushka Shankar.