"Novels where people leave their critical faculties at home ... reviewers decide so and so is ‘a great novelist’ or ‘an up-and-coming novelist’ ... they don’t care whether they’re readable or not." 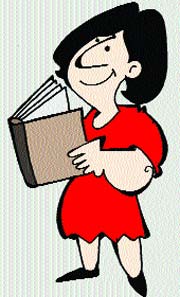 Prized Anonymity
Nothing succeeds like getting even a toehold on a litprize. Ask Reeti Gadekar, the only Indian to make it to the Man Asian shortlist. Before the shortlist for Asia’s first prize for unpublished novels was announced, the Delhi-based German teacher could not find a publisher or even agent to take on her manuscript. The response, Reeti says, was "strictly negative". But within hours of being shortlisted, there was a beeline for Reeti’s MS. She is justifiably convinced that newcomers don’t stand a chance of being published in India or abroad without right contacts.

Self Starter
Self-publishing is not the sad, furtive, expensive business it once was. Mahesh Bhat, an enterprising photo journalist from Bangalore, found no takers for a book he planned on unknown heroes. He took his proposal to five big companies in the hitech capital and persuaded them to give him an advance against pre-ordered copies. The result: a beautifully (self-) produced book, Unsung, with text by Anita Pratap and photographs by Bhat, with an inaugural print run of 6,000 copies, of which 3,000 are pre-sold.

Critics’ Cabal
"There appear to be novels where people leave their critical faculties at home. They (reviewers) decide so and so is ‘a great novelist’ or ‘an up-and-coming novelist’ and give them the reverential treatment...they don’t care whether they’re readable or not." Sounds familiar? This isn’t a disgruntled Indian reader, but the chairman of the 2007 Booker Prize judges, Howard Davies, on the back-scratching circle of book critics in UK.