Only one of the 11 Indians on the Man Asian Literary Prize longlist has made it to the shortlist. The only one who is unknown and unpublished... 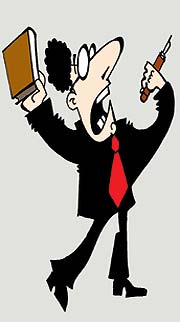 In A Flat Major
Penguin’s inaugural annual lecture by Thomas Friedman, author of the phenomenal bestseller, The World is Flat, made one realise why Americans pay for the pleasure of hearing someone talk. The nyt columnist and author refused to use notes or even the rostrum, pacing up and down the stage like a new-age evangelist, and held his packed audience in thrall for nearly 60 minutes with a lecture that informed, provoked and entertained in equal measure. Now you know why his book sold five million copies worldwide, 5,00,000 in China and 95,000 even in bibliophobic India. 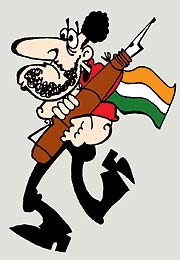 Listing, Lasting
No wonder some on the longlist of the USD 10,000 Man Asian Literary Prize were in such a hurry to celebrate before the shortlist was announced: only one of the 11 Indians on the longlist has made it to the semis—Reeti Gadekar. Curiously, the Delhi-based German teacher and translator is the only one on the shortlist who is unknown and unpublished. The rest already have a publishing contract and some have several books under their belt. Reeti’s novel is about a playboy cop uncovering the shady story behind "a suicide in one of New Delhi’s leading families".

Title Deeds
You are told never to judge a book by its cover, but judging it by its title is another matter. The World is Flat would easily fetch the most votes in a contest for catchy titles. But Friedman has come up with an even more intriguing one for his next book: Green is the new Blue, White and Red. To find out more, you’ll have to buy the book, but we’ll give you a clue: it’s about the environment.