Is the Hindi-English divide finally closing? Or was there some other reason for the large, enthusiastic (and non-Hindi-speaking) audience that gathered for Uday Prakash? 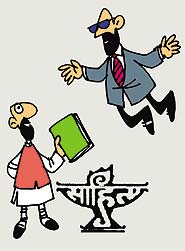 Is the Hindi-English divide finally closing? It would seem so, judging from the large, enthusiastic (and non-Hindi-speaking) audience that attended Sahitya Akademi's meet-the-author programme earlier this month. They came to listen to Hindi author Uday Prakash, more famous today as the author who's being published in English in the US and Germany than in the caucus that's always reigned in the Akademi. But imagine Uday's—and the Akademi's—surprise when they discovered that the hall was filled to capacity for the first time since the Akademi started this uncelebrated event nearly 20 years ago. The secret? A well-placed ad in an English daily. But before you plague your publisher for a similar ad, remember that the Akademi, despite its protestations, enjoys a few sarkari privileges. Among them: newspaper ads at subsidised rates. 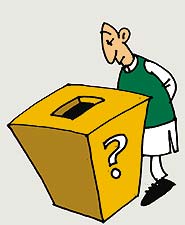 Poll fever is brewing in the Akademi, with current chief G.C. Narang's term almost up. His opponents are bracing for yet another do-or-die battle for the Akademi's purse-strings. Their fear: Narang may opt for a second term. But they're better prepared this time. Narang will likely face either Bengal's Sunil Gangopadhyay or Kerala's M.T. Vasudevan Nair were he to decide to bend the rules and contest again.

Ek Aur KS
Ex-chief of HarperCollins Ashok Chopra is gussa. Apparently, it wasn't 6,000 copies of The Namesake that were recalled, but 7,000. Plus thousands more in UK and other countries (has anyone thought of the trees?). But he says it wasn't him who made the goof-up, but an editor in the UK.