What do you make of a postcard that says, "Are you ready to play?" Turn it over and it's even more mystifying: "The games start this August." 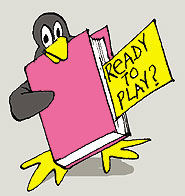 How do you build up suspense for an author who bagged "one of the highest advances ever paid" more than seven years ago and has long outlived the publicity of "the most keenly contested battles" between publishers for rights? Ask Penguin India who've finally slated the launch of Commonwealth Prize-winning author Vikram Chandra's much-awaited magnum opus on Mumbai's underworld. They are now sending out postcards with the teaser: "Are you ready to play?" Turn the postcard over and it's even more mystifying. It says: "The games start this August." Should you wonder what these games are, it's a pun on Chandra's title: Sacred Games.

The Men Who Do 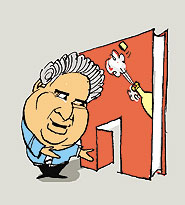 India's exporting to Frankfurt what's now become its hallmark: the book launch party. Publishers, editors and agents at the fair are used to cocktail receptions in the stalls, circumspect occasions when they talk shop and strike deals. But they'll be treated this October to the real thing: 5-star venue, cocktails, the works.... The host? Roli's Pramod Kapoor, renowned for his lavish book launches. Roli, more dependent on foreign sales for its coffeetablers, is also planning a photo-exhibition to showcase its picture-book, India: Then and Now, and a restaurant at the fair to showcase the food in the other book they're planning to launch there: The World of Kababs by ITC's Habib Rahman.

Heartburn Alley
More heartburn in store for the authors heading fairward: Mahasweta Devi has been crowned queen of the fair by organisers nbt. Wonder what Sahitya Akademi president Narang thinks of his defeated rival stealing a march on him?

A Passage Thru Jannat