Now that the Hutch Crossword 2005 prize-winners have walked away with a Rs 3-lakh cheque each, we can finally know who the jury was... 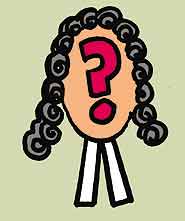 Now that the Hutch Crossword 2005 prize-winners have walked away with a Rs 3-lakh cheque each, we can finally know who the jury was. It was a faultless list of top critics, writers and academics, but Crossword CEO R. Sriram had been tight-lipped about revealing names until the awards were announced. His reason is yet more evidence of the back-scratching culture that pervades our arts: "If I give you the judges' names, the contestants will start pestering them," he had said when the longlist was announced. And we thought litterateurs were a cut above other Indians! Is that why there are no surprises in this year's list—Salman Rushdie (Shalimar the Clown); Suketu Mehta (Maximum City) and Krishna Sobti (The Heart Has Its Reasons). Even the surprise winner of the Popular Book Award, Rahul Bhattacharya (Pundits from Pakistan) disarmingly confessed he may owe his win to his friends' sms-ing abilities.