And who made His Salmanness eat his derisive words about writing in Indian languages other than English? Which Hindi novella did he have words of praise for? 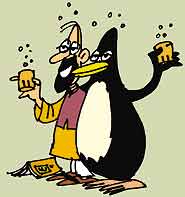 Being paid their royalties regularly is only one reason why Hindi writers are joining Penguin's regional lists. The other, greater, attraction seems to be the big fat book launch party. They are certainly not in the IWE five-star cocktail league but still better than what Hindi writers are accustomed to: a staid "function" when a "senior" writer or politician is called to formally unwrap a new title and say a few kind words to a non-existent audience. Then there are the mass release ceremonies that have become statutory during book fairs: one eminent personality, usually Namwar Singh or critic Manager Pande or their stand-in Rajendra Yadav, is called to do the honours for several new books at one go. Writers complain it's like a graduation ceremony where dozens of writers queue up for their names to be called to go up on stage for the photo-op. 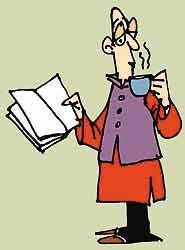 Which is probably why Penguin's monthly Hindi book readings are so welcome. On March 22, the first of these was rolled out starring Mridula Garg and Uday Prakash. For Uday, who's bagged a pen award recently for a translation of his novella, Girl With A Golden Parasol, the event was a triumph almost equal to what he felt when he read Salman Rushdie's words of praise for his novella. As a PEN jury member, Rushdie was forced to eat his derisive words about writing in Indian languages other than English. With two hours to go for his first-ever public reading from his short story collection, Areba Pareba, Uday had a strange worry: a boil he had suddenly sprouted on his nose! 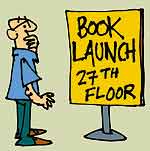 The entry of regional writers into the book launch circuit may well shake the IWE out of their customary complacency. The chief of a bookchain was heard complaining that despite repeated invitations to star writers like Vikram Seth to hold launches in bookstores like his, they still insist on five-star venues which are out of reach of "genuine" readers.

Even The Mule Kicks