Random House India's first ventures are evidently meant to start it off with a bang: Salman Rushdie's Shalimar the Clown ... 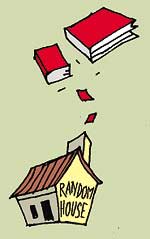 It's been some four months since Random House announced its plans to set up house in India, but things are moving finally. For one, a new GM has been announced for Random House India: Vivek Ahuja. A bit of a surprise, since Ahuja's been working for several years with a publishing house not specially venerated for its quality books: UBS Publishers. Ahuja, of course, is thrilled at this quantum leap in his career. He says Random House India will start off "modestly" with some 40-50 titles in the next three years. The books will mostly be non-fiction, but "we are not excluding good fiction". His first task when he takes over next month is to "find a place, and then hire four to five editors capable of producing high-quality books". But authors looking for Random House's legendary advances can think again: they'll be strictly at market rate—the Indian one. The good news is that Sonny Mehta, whose publishing successes are now legendary, will be on the Indian board. The Indian group's first ventures are evidently meant to start it off with a bang: Salman Rushdie's Shalimar the Clown, Mark Tully's provisionally titled The Certainty of Uncertainty and a debut novel by UK-based writer Nirpal Singh Dhaliwal. 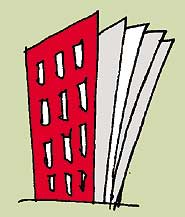 One of Sonny Mehta's many discoveries is Suketu Mehta. It was Sonny who persuaded Suketu to put aside the novel he was planning to write and work on something his publisher's instinct must have told him was a better bet: a biography of Mumbai. Maximum City is now on the shortlist for the BBC Four Samuel Johnson Prize for Non-Fiction 2005. The winner, to be announced at a gala dinner at London's Savoy Hotel, will get £30,000, while the other five on the shortlist will pocket £1,000 each.

Oiling hair, as we repor-ted, is a pet ploy of female authors who want to ground themselves for a bout of writing. At least two writers, both women, called Bibliofile to ask how we knew that a well-oiled head works so well to get creative juices flowing.