The mother of all non-fiction awards and the good Lord to focus on the "hidden violence" in Gandhi's personality and of course his sex life. 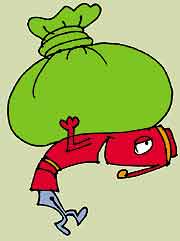 The mother of all non-fiction awards, the New India Foundation's fellowships for authors, has moved on to its second leg. Eight candidates out of nearly 300 have been shortlisted for the interview round, of which four will be chosen for a fellowship of Rs 50,000 each a month for two years to write their books on any aspect of post-independent India. Besides, the foundation is also awarding a Rs 1 lakh prize for the best non-fiction book. It's a mixed bag on the shortlist, with a Dalit autobiography and a travelogue competing with academic works. The shortlisted books: Jootan: A Dalit's Life (Samya) by Omprakash Valmiki; Out of God's Oven: Travels in a Fractured Land (Penguin) by Dom Moraes and Sarayu Ahuja; Dalit Assertion and the Unfinished Democratic Revolution: the Bahujan Samaj Party in Uttar Pradesh (Sage) by Sudha Pai; Locked in Place: State-building and late industrialisation in India (Tulika) by Vivek Chibber; and Contesting Marginality: Ethnicity, Insurgency and Subnationalism in Northeast India (Manohar) by Sajal Nag. The award and fellowships will be announced at a special lecture meet at Delhi's IIC on December 3. 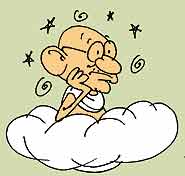 After writing a book on Dilip Kumar, Lord Meghnad Desai is moving on to an even more celebrated subject: Mahatma Gandhi. He knows there's at least a book a month on Gandhiji. But it's not deterring him or his agent Gillon Aitken. Lord Meghnad says he'll focus on the "hidden violence" in Gandhi's personality and of course his sex life. His richest source will be Gandhi's autobiography, but in the original uncensored Gujarati. 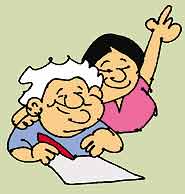 Having sealed his runaway romance with his former editor, Kishwar Ahluwalia, with a registered marriage in London, Lord Meghnad and his lady are now preparing for a doubles writing career. Their first project—a book on Nargis—has yet to take off, but for now they work well together: he does the writing, she the cooing.