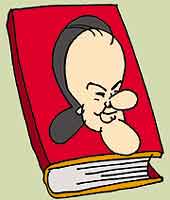 It is not just the Congress that is overwhelmed by Sonia Gandhi's success at the hustings. Her unofficially official biographer—journalist Rasheed Kidwai—is equally overjoyed. His Sonia—A Biography, written with a speed newspaper reporters would envy, was published by Penguin last year. Sales of his book have been brisk from the start, thanks to good timing (Sonia Gandhi stepped out of her seclusion as Leader of the Opposition just when the book was released). But just when interest in the Sphinx at 10, Janpath—and sales of the book—was tapering off, along comes Sonia's Great Renunciation, hurtling Kidwai's book into Penguin's 10,000-copies-sold club. With booksellers crying for more copies, Penguin is now rushing to the printers for a third reprint to which Kidwai is adding a crucial last chapter: How She Did It. That's not all: the publisher has signed up Kidwai for a sequel on Sonia's Great Comeback.