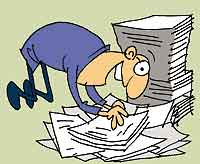 Writing a biography on literature's trickiest customer is uphill work. Not for Patrick French, who's even managed to unearth a treasure trove of his subject Naipaul's early unpublished works, including his first and only poem, a cry of despair called Two Thirty A.M., broadcast from London to the West Indies when he was 18. In the '70s, the Nobel-conscious Naipaul deposited all his manuscripts in a London warehouse for safekeeping. But when he came to retrieve them a few years later, he discovered they'd been accidentally destroyed. "It was a substantial literary loss," French says in an article that appeared in Sunday Times. "Anything that was not already in print had disappeared forever." French decided to search for the manuscripts in the one obvious place researchers and biographers on Naipaul had overlooked: the BBC archives. He found a goldmine: four short stories, a radio play and the poem which begins, "Darkness piling up in the corners/defying the soulless moon...." 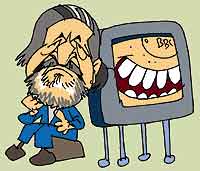 French has also unearthed some correspondence between the BBC and Naipaul's literary agent of the '60s, Curtis Brown. Naipaul's relationship with the BBC, which gave him his first job on their Caribbean programme, was always prickly. Anxious to get out, Naipaul tried for a trainee's job in another section. When he appeared before the interview panel, Naipaul told his biographer, "They were sniggering...I said I wanted to do some features, and they roared with laughter as though I had said I wanted to write the Bible." But the boot was on the other leg by the early '60s. The BBC now came to him, asking if he'd write a script about India. The payment offered was 80 guineas, 10 times what he was paid earlier. But the reply was characteristic: Brown wrote back saying Naipaul "considers this offer an insult". With a PS: "Sorry about this." But Naipaul had his way: the BBC revised its offer to 120 guineas.

How times have changed. Ask William Dalrymple, whose White Mughals has earned him, by his own admission, roughly "a pound a word" from its 624 pages.