The party's over? No more book launches for Penguin; Kali splits; and bios are here. 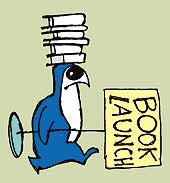 The party is over, as far as Penguin is concerned. The leading publishers, responsible for shooting authors into Page Three headlines, have decided to put a stop to book launches. They have finally discovered that the wine-and-dine five-star launches they introduced in Delhi are just that: the P3P appear, drink and disappear, leaving untouched the mound of new books waiting to be sold. So dismal are sales at book launches that there have been occasions when the publisher barely managed to sell five books at a launch. So unless it is Vikram Seth or Khushwant Singh, a Penguin book launch in future would mean modest book readings or setting up interviews with the press. 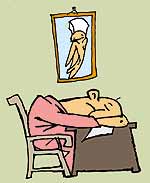 We all know Sunil Khilnani is writing that definitive biography of Nehru. But the question is: just when is he planning to write it? Meanwhile, Shashi Tharoor has beat him to it by coming out with Nehru—The Invention of India. Part of the new Penguin biographies series, Tharoor’s book takes a fresh look at Nehru’s life and legacy. Other books to be launched in the Penguin Lives in India series include a biography of Frontier Gandhi Badshah Khan by Rajmohan Gandhi, of Emperor Ashoka by Romila Thapar and of Ambedkar by Gail Omvedt.

India’s first feminist publishing house has just split into two post-feminist houses. The two founder publishers of the 19-year-old Kali for Women are going their own way. Ritu Menon will now head her own publishing house called Women Unlimited, while Urvashi Butalia will head Zubaan that means to reinvent feminist publishing. Plans include picture books and "books for teenage girls and young women". Post-chicklit?