Bibi And Ghulams Against The King

Bon Bibi: In the Sunderbans runs the writ of Bon Bibi, the goddess who looks the tiger god in the eye and arrests his fearful lunge

Amal Gaine pulls up abruptly as we mention the words ‘Bon Bibi’. A cycle-van puller who conveys passengers back and forth on the perilous jungle pathways of the Sunderbans on what he calls his ‘car’—really just a wooden plank on the back of a cycle—he puts his palms together and touches his forehead reverentially. Then he turns back at us slowly and whispers, “Bon Bibi is the goddess who fulfils the single biggest wish in this part of the world”. He pauses for effect, then paddles on towards our ominously named destination—Tiger mode (literally, Tiger Crossing). Across the river from that point are forests with some of the world’s fiercest jungle cats. “What wish are you talking about?” we ask, as if it needed any elaboration. “To save us from incurring the wrath of the tiger king, Raja Dak­shinirai,” he says without turning back.

The Sun­der­bans are the world’s largest delta, densely forested, watered by winding rivers, and home to the nearly amph­ibious and wholly lethal Royal Bengal Tiger. Its human inhabitants, who live in villages that dot the fri­nges of jungle, have earn­ed their livelihood from the forest for centuries—hunting (when that was legal), fishing, collecting honey. Risk to life is a routine thing here; their forays into the jungle are always fraught affairs. The delta waters are infested with crocodiles and poisonous snakes. But it’s tiger attacks that offer a leitmotif for life. “It’s a daily threat for us here, not just when we go into the forest but also when tigers stray into the villages, which isn’t uncom­mon at all,” Amal says. He is right. Ever since man started living cheek-by-jowl with the nearly impenetrable mangrove thickets of the Sunderbans, thousands have lost their lives to stalking tigers. 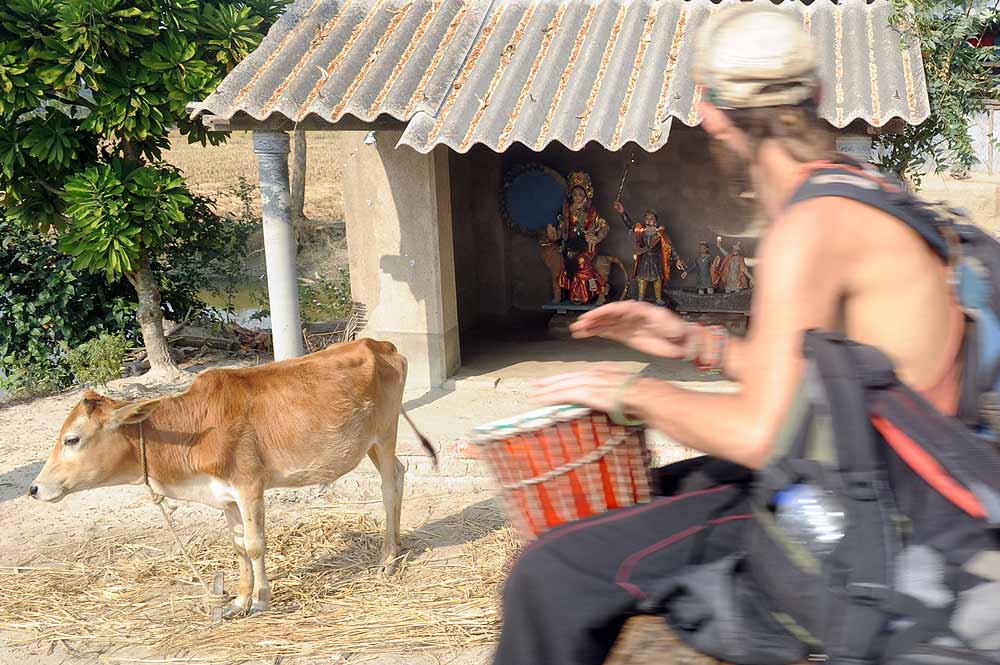