Ambedkar’s writings suggest an anti-Muslim streak. Did his words only derive from his sources or were they actually attempts to arrest Partition? 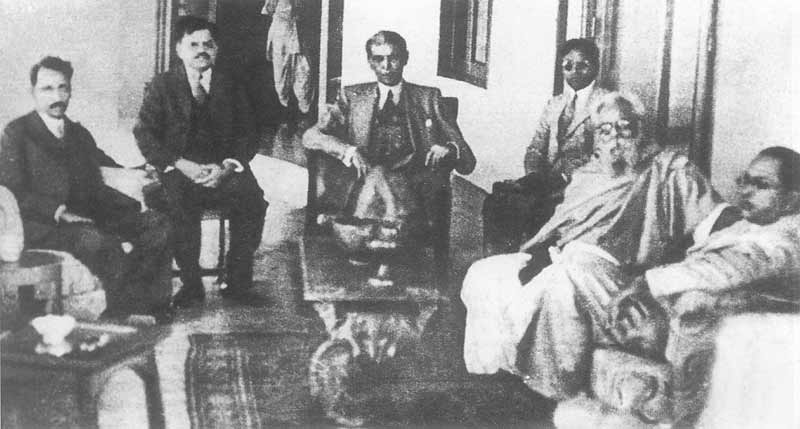 hen BJP leader Vinay Katiyar described B.R. Ambedkar as “anti-Muslim” in December 2002, he made many bristle, the Bahujan Samaj Party not the least of them. While it was predictably dismissed as an attempt to saffronise and appropriate Ambedkar, it did throw up a complex and little-explored aspect of the Dalit leader’s identity—his stand on Islam and Muslims and what exactly his views were on the Partition. It is a subject that even today brings up conflicting views amongst scholars.

For those who would like to appropriate Ambedkar as an anti-Muslim icon, his book Pakistan or the Partition of India (first published in 1940 and reprinted in 1946) is replete with references to Islam and Muslims that can easily be interpreted as originating from a strong bias against the two.

Other than criticising Muslims for stonewalling reforms and chiding them for prioritising their religious identity over their national one, the book makes a strong pitch for a separate India and Pakistan. “The Muslims have developed a ‘will to live as a nation’. For them nature has found a territory (Pakistan) which they can occupy and make it a state as well as a cultural home for the newborn Muslim nation,” Ambedkar wrote in the book.

Scholar and director-general of the National Archives of India Mushirul Hasan says, “Ambedkar’s book is actually an endorsement of the two-nation theory. He says clearly that Islam and Hinduism are mutually exclusive and at their core are irreconcilable. Even in another book of his (Thoughts on Pakistan), Ambedkar has this to say—‘There seems to be an inherent antagonism between the two (Hindus and Muslims), which centuries have not been able to dissolve’.” For Hasan, Ambedkar’s polemical book also seems out of sync at a time when others like Rajendra Prasad and Achyut Patwardhan were “celebrating the composite culture and insisting on the unity” between Hindus and Muslims.

One of the many controversial chapters in Ambedkar’s book looks at why Muslims in India are opposed to social reform. While Hindus too have their share of social evils, according to Babasaheb some Hindus at least acknowledged them and a few others militated against them. “The Muslims, on the other hand, do not realise that they are evils, and consequently do not agitate for their removal. Indeed, they oppose any change in their existing practices,” he writes, making a reference to how Muslim leaders opposed the Child Marriage Bill in 1930 that sought to raise the minimum age for marriage and launched a disobedience campaign once it was legalised.

Ambedkar gets into somewhat more contentious territory when he claims that the revolt of 1857 was actually a jehad proclaimed by the Muslims to try and reconvert India into a Dar-ul-Islam (abode of Islam) from Dar-ul-Harb (abode of war, one where the faithful are engaged in conflict with non-Muslims). This desire to be part of a greater Dar-ul-Islam, he argues, is the basis of pan-Islamism. “It is this which leads every Musalman in India to say that he is a Muslim first and Indian afterwards. It is this sentiment which explains why the Indian Muslim has taken so small a part in the advancement of India but has spent himself to exhaustion by taking up the cause of Muslim countries and why Muslim countries occupy the first place and India occupies a second place in his thoughts,” he writes. Influenced by western scholars and the way they described a nation as a cohesive unit that overrides social and economic differences, Ambedkar doubted if Muslims would obey the authority of a “government manned and controlled by Hindus”.

Khalid Anis Ansari, a research scholar with the University for Humanistic Studies in Utrecht, says that Ambedkar, who was no scholar of Islam, did have a problem with the sources he was referring to. “He was under the grip of Orientalist sources and relied on a particular kind of sources that spoke of a certain kind of Islam,” he goes on to say. In fact, one of the scholars Ambedkar quotes profusely in his book is the French scholar on Middle Eastern civilisations, Joseph Ernest Renan, who has often been seen as someone virulently anti-Islam. Renan has described Islam as “the reign of a dogma” and sees Islamism as “only injurious” to human reason. These are quotes that Ambedkar uses to explain “suppression of all rational thinking” in conflict with teaching of Islam. Agreeing with Ansari, Hasan says, “His portrayal of Islam is not as eclectic as is the case with Nehru.”

Many have also speculated that Babasaheb’s decision not to convert to Islam resulted from a bias against the religion. “I have often wondered why he didn’t convert to Islam,” says Hasan. But Valerian Rodrigues, a professor at the Jawaharlal Nehru University’s Centre for Political Studies, explains that it was not only Islam that Ambedkar had reservations against but also Christianity. “He found revealed religions like Islam and Christianity not adequately reasonable as they, in their talk of the ultimate truth beyond men and women, dwarfed human beings,” says Rodrigues.

He also argues that it would be incorrect to read Ambedkar’s text as something anti-Muslim or one that supports the two-nation theory. Instead, it was a call to check developments that had begun pushing India towards Partition. “His argument,” says Rodrigues, “was that if the process that has led to ascriptive identities becoming crystallised is not arrested or that if there is not any collective endeavour of the walled identities, Partition is going to be inevitable. I don’t see how the book in its entirety can be read in any other way unless one picks and chooses.” Krishna Swamy Dara, an assistant professor at Jamia Millia Islamia who worked on ‘The Idea of Minority in Ambedkar’s Thought’ for his doctoral thesis, adds that Ambedkar had even suggested a “quota-based proportional political representation” as a way out of Partition after he wrote the book. Dejected with Gandhi’s and Jinnah’s leadership, Ambedkar had even called for an International Board of Arbitration to work out a solution in an epilogue that appeared in the 1946 edition.

For all his well-meaning intervention, Hasan still believes Ambedkar had an “incorrect understanding (of Islam and Muslims) rather than a brilliant and perceptive one”. “Instead of looking at the divide,” Hasan says, “he should have discovered the commonality of interests, for the Muslims in a way are as bad as or worse-off than Dalits. It would have been ideal to forge a Dalit-Muslim front rather than the talk of division and irreconcilable interests.”

This disagreement perhaps only indicates room for further scholarship on a sparsely researched aspect of one of India’s thinking leaders: was there a gap in his thought?