The recent release of Chandrashekhar 'Ravan' is widely seen as damage control by the BJP, to mollify Dalits ahead of 2019. 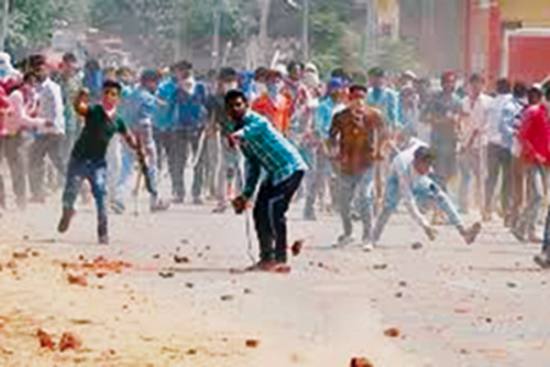 Old slogans and new attitudes are together changing the ground-rules of engagement across north India’s social-political landscape. “Our fight is for our rights. Jiski jitni hissedari uski utni bhagidari (share as per population)…that’s our mantra, our right,” says K.C. Pippal, a Dalit activist from Kasganj in western UP, echoing a new clarity of voice. The latest census data pegs the Scheduled Caste population at 16.6 per cent and Scheduled Tribes at 8.6 per cent. Based on these numbers, he says, reservations must go up from the current level of 22.5 per cent. “This is our right. The present government is trying to curtail our rights one way or the other. But now Dalits are united and organised.” He cites the successful, and ‘leaderless’ Bharat Bandh on April 2.

The last year saw many transformative moments in social relations in northern and central India. Conflicts between Dalit and dominant castes, particularly Rajputs, introduced new points of tension in a rift that has defined politics in these parts. Take the violence against Dalits in Shabbirpur village of Saharanpur district in May 2017. It was in this hyperlocal zone of conflict that Chandrashekhar Azad Ravan, the charismatic founder of Bhim Army, began as a new rallying point for Dalits—before his arrest under NSA gave him a much higher profile.