The first half promises a cat-and-mouse game, but, post interval, it fumbles to a denouement... 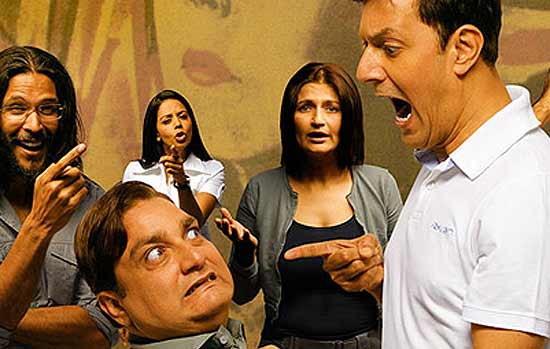 Bharat Bhushan reloaded isn’t quite Bharat Bhushan reinvented: the chaste Hindi, chaster worldview and spontaneous overflow of songs are back as the bumbling taxman steps onto a posh liner after winning a game show. On board is tax-evading tycoon Ajit Talwar, who promptly tries to get rid of him, stranding them on an island instead. The first half promises a cat-and-mouse game, but, post interval, it fumbles to a denouement, not unlike its odd couple struggling to get off the island. Kay Kay Menon essays the suave scoundrel with ease, while Vinay Pathak is a bit repetitive but still holds his own. Minissha Lamba is both coy and earnest as Bharat’s love interest (a blip on skirthound Ajit’s radar), but...