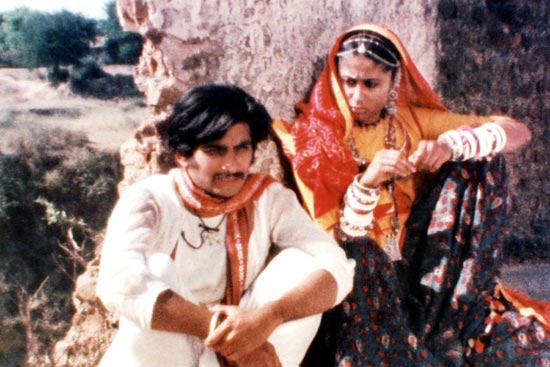 Ketan Mehta dedicated this film to Bertolt Brecht, so the style and technique, and the engagement of the audience in what’s happening, is as expected. The other dedication was to Rene Goscinny, so the cartoonishness of its characters—pulled off especially well by Naseer­uddin Shah playing a petty tyr­ant—is also quite in harmony. And, of course, it’s bhavai, a folk drama form of Gujarat and southern Rajasthan, with its dialogue-as-song that makes this low-budgeter a classic. Bhavni Bhavai (present-day Bhavai) splits the storyline bet­ween a migration of untouchables from a village to a city and the tyrant ordering the community of sweepers to be whipped for not working, and raising a stink in the kingdom. Hints of a rebellion, a war, preposterous plot twists and a climactic execution and suicide at the stunning Rani Ni Vav (stepwell) in Patan follow. It ends with one of the present-day untouchables pointing an accusing finger at those sitting in the dark.