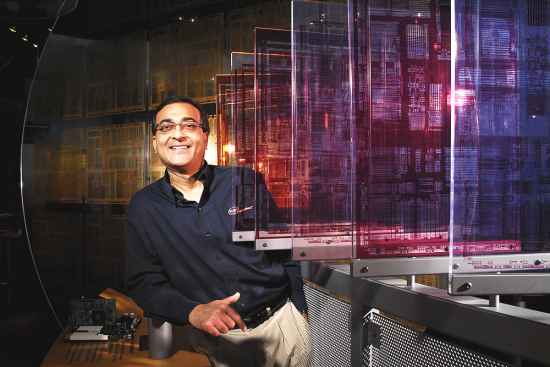 In the world of tech, Ajay Bhatt is a rockstar. His invention, the USB, is the most ubiquitous standard in the world of technology. A product of MS University, Baroda, Bhatt did his masters from The City University of New York and has other key technology inventions under his belt, including the Accelerated Graphics Port (AGP), and the PCI Express Platform—technologies that run many of today’s computer and graphics functions. He was named one of the world’s top inventors in 2013 and made it to GQ’s Top 50 global Indians.

In 1990, Bhatt joined Intel Corporation’s key chipset architecture team. He currently holds over 30 US patents in his name. His USB invention incubated when, in the 1990s, he tried to connect a printer to his computer and was confounded by the multiplicity of plugs and points. Initially few were convinced; one of his bosses even asked him to scrap the project as it would never take off.

Unassuming by nature, Bhatt believes in the theory of group over the individual. He once said that he used to build a computer every year just to get a feel for it.