An overdose of melodrama as well as infantile humour, and a pat patriotism built on caricaturising Pakistanis 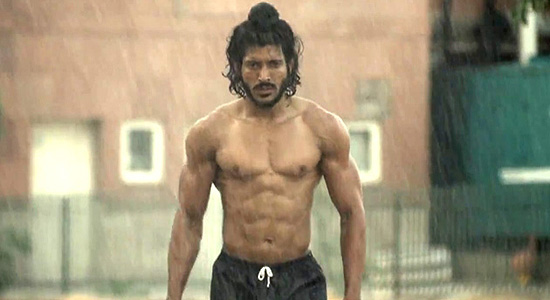 There is a compelling biopic hidden somewhere in Bhaag Milkha Bhaag, about an athlete with a traumatic childhood facing up to and conquering the ghosts of his past. But the overwritten film mea­nders aimlessly. In trying to show every little detail of Milkha Singh’s life—from his rigorous dancing to his many women—it squanders the more for­ce­ful moments. And there are some fairly heart-tugging ones lurking here somewhere. The lumbering narrative shows up the gaffes star­kly, especially the ones to do with casting. Dalip Tahil just can’t be Nehru, Meesha Shafi seems to have been cast for the heck of it and Art Malik’s anglicised Punjabi doesn’t fit the village elder he plays. There is an overdose of melodrama as well as infantile humour, and a pat patriotism built on caricaturising Pakistanis. Mehra’s last film, Delhi 6, despite its questionable finale, had a metaphorical, fable-like quality, but didn’t reach out to the masses. In seeking them out, here he goes too literal and kitschy. Mehra surely gains his aud­ience but loses out on a good film. You can see the vestiges of it. Like the symbolic shot—of a boy slipping over a heap of bodies—well thought out but lacking finesse in execution. Farhan as Milkha is earnest, looks the part, carries off the physicality of Milkha very well. But the diction falters and he is unable to hold a climactic emotional moment well. Every other actor seems to have been instructed to go over the top. What stays at the end are some well-shot races. Go cheer for them.