The South has no cause to rise again. Its sun has yet to set. 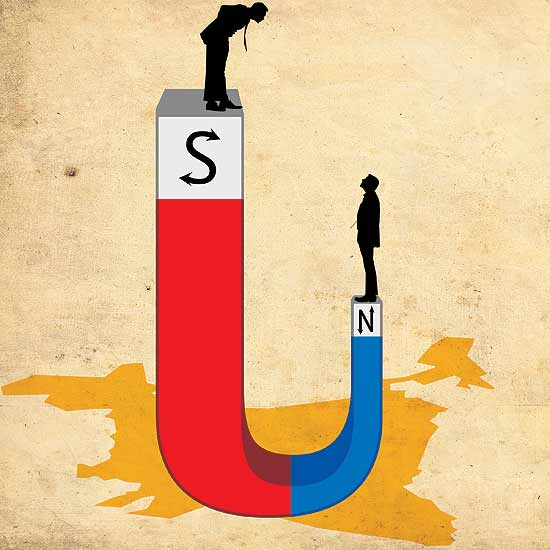 I never tire of telling friends that India is akin to 28 distinct European nations inside a common border—society, lingo, business methods changing every few hundred miles—and not a homogeneous entity as is believed.

Ruchir Sharma’s Breakout Nations is unarguably an epoch-defining book—unusual for a comparative study of nations based on ground-level data collected from personal experience. On his conclusions about the Indian north and south, though, I beg to differ. A perceptive report by Zurich-based financial services group Credit Suisse titled Fresh Horses argues that between 2004-2008, almost every Indian state, with a handful of exceptions, saw a compounded annual rate of growth of over 9 per cent. Even West Bengal, a state run by Communists for three decades, grew 1.5-2 percentage points more than the national average for 1994-2003, making one wonder about the causality between governance and growth. South India—Andhra Pradesh, Tamil Nadu, Karnataka, Kerala and Pondicherry—has a combined state GDP of over $300 billion, securing it a place among the top 30 economies of the world, and contributes over 22 per cent of India’s GDP and 28 per cent of its employment. It also produces 38 per cent of India’s engineering graduates, 49 per cent of its medical graduates and 25 per cent of its post-graduates each year. The region also provides a higher-than-national average access to basic amenities, with close to 100 per cent electrification of its villages. While schools in UP teach ‘b for bomb’ and ‘c for chaaku’, where is the question of the north overtaking the south?