Beyond The Pink Rupee

Queer India youngistan isn’t just a colour-coordinated party. Why doesn’t the media get it? 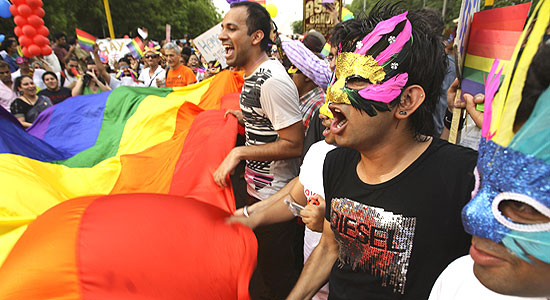 On the face of it, there couldn’t be a better time to be gay in India. The reading down of section 377 by the Delhi High Court in July this year decriminalised adult homosexual relations. There was a steady din of news stories in the English media in the run-up to this decision and they have continued since. Most talk about the power of the pink rupee as evinced by commercial dance parties and social events in different cities, along with annual queer pride marches, online dating websites, clothing brands, travel services, magazines and books. They point to major advertisers who have joined the spirit of bonhomie with their queer-friendly advertisements. Ads by Amul, Hindustan Times and Hajmola have suggested a modern India—a country where having a gay friend is now trendy in college and gay people choose to come out of their colour-coordinated closets without discrimination in the workplace. This is a skewed and a dangerous perspective, as it suggests that the fight for justice is over, when it is just about beginning.

There is a lot that these kinds of stories overlook. I find it problematic when this increasingly visible gayness is framed as something ‘modern’. Ancient Indian temple art, literary texts and society were all pluralistic and accepting of sexual diversity, as historians like Ruth Vanita and Saleem Kidwai, and mythologists like Devdutt Pattanaik have pointed out in their research. A failure to emphasise this will empower the homophobics to continue their opposition to homosexuality with their “this is against our culture” reasoning. On the other hand, underlining this rootedness will give a sense of confidence to queer Indian youngistan as it asserts its presence in contemporary society.