Beyond Spade And Brush: Inner World Of Mazdoors 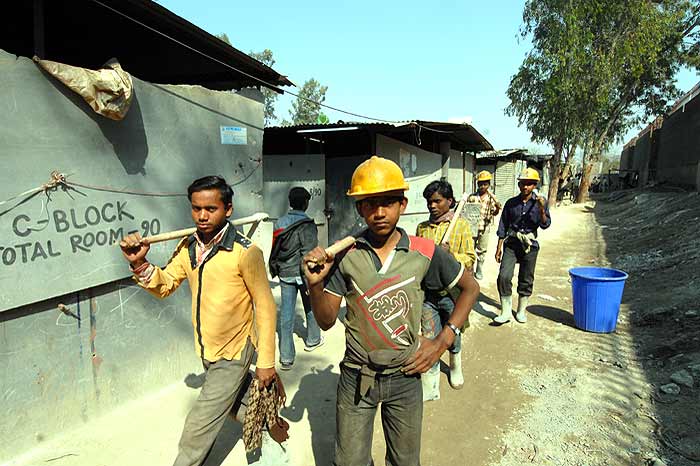 The headiest part of being a young city reporter is the speed with which the job allows you to enter new worlds. One such world for the engaged reporter is that of the street and its poor, who become more vivid and human when he meets them as protagonists, witnesses, complainants, victims and voters. His notebooks fill up with quotes sharper and saltier than he would have ever imagined, but sadly, these encounters rarely translate into writing of long-lasting value. Few Indian media outlets would pay for their reporter to spend long hours, month after month, in Bara Tooti Chowk, mecca of itinerant labourers in Delhi’s Sadar Bazar, to get under the skin of Mohammed Ashraf, that eccentric Bihari daily-wage painter, full of possibilities, he once met on a story; and give space for the kind of writing that effort would produce. The reporter must for the most part mobilise his own resources, own space and own time; and how many would give their spare time to Ashraf and his friends?

Well, Aman Sethi did just that—over not one, not two, but five years (aided by a fellowship or two). And thank god he did, because the outcome is this wonderful book. Three things struck me after reading A Free Man in one engrossing, disturbing and uplifting sitting. The first is that Sethi gets the tone so very right. Glancing references to hangovers and whiskey breakfasts in the blurb might lead you to brace yourself for at least a few of the excesses of the “underbelly” genre (eg: showy descriptions of phantasmagorical nights on mean streets, sexed up characters, creeping voyeurism, and gallows humour gone mad) but don’t worry—they are refreshingly absent here. Sethi’s tale of the world of Ashraf, and of the lives unfolding around him on Bara Tooti Chowk, is told with restraint, gentle but potent irony, earthy humour, and understated empathy.