Home  »  Magazine  »  National  » investigation: bcci-ipl »  Beyond A Boundary Is Pelf

Beyond A Boundary Is Pelf 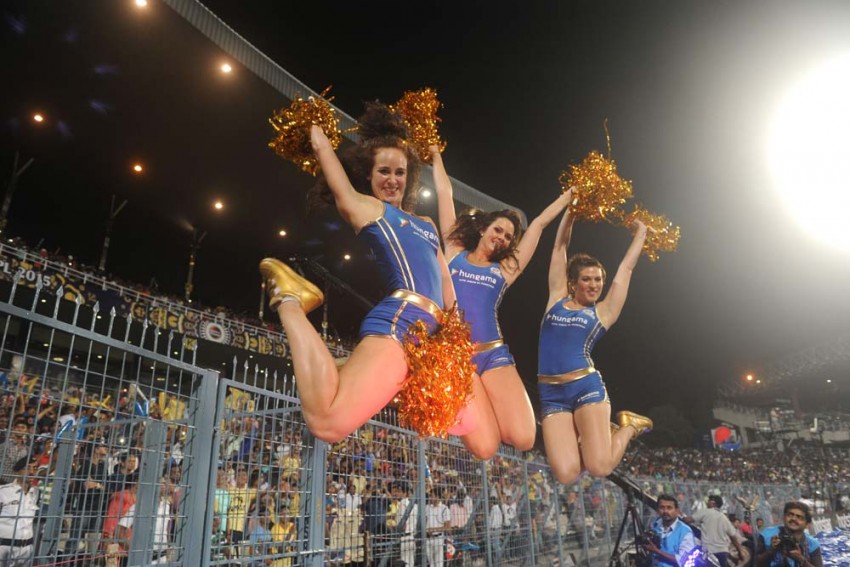 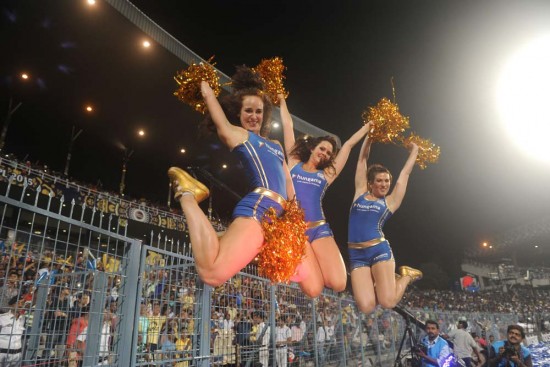 It has been a three-week-long soap opera. And its script is still being written. Nor is it clear if the disgraced cricket czar, Lalit Kumar Modi, is an untramelled loudmouth or a puppet on a chain. But as the cricketing world watches the fascinating insinuations pouring from Modi’s tweets and heated words flying on TV studios, a three-member team from Enforcement Directorate’s Mum­bai office finally flew to Singapore to inq­uire into allegations of FEMA violati­ons and money-laundering against Modi, the BCCI and several IPL franchisees.

Modi, meanwhile, has been pleading that he alone was not guilty of economic offences, if any. Don’t single me out, he tweeted repeatedly while casting some outlandish aspersions. For example, that BJP MP Varun Gandhi met him in London and promised that he would settle everything with ‘aunty’, who wanted $60 million. While declaring Indian media houses to be corrupt, he dared the media to find out who lived at E166, Yasmeen Street, Dubai, and who all visited 49, Grosvenor Square in London.

He would tweet about two brothers, one an ED officer, the other an income tax officer, or demand that the ED summon Union finance minister Arun Jaitley for questioning. The next moment, a spitting doosra would threaten an exposure about Vineet Jain, MD, BCCL, which owns Times Now and TOI.

However, a report of the parliamentary standing committee on finance, tabled in December 2014, did indict the BCCI and several IPL team franchisees, including Mumbai Indians, Rajasthan Royals and Kolkata Knight Riders, for tax evasion and foreign exchange violations.

“Both the Congress and the BJP have wrongly benefited from the IPL. Evidence against the Congress should also be made public.”
Sudhakar Reddy, CPI leader

It did not spare the government either, particularly the finance ministry and its agencies. They have been faulted for winking at violations and being “very lenient on (the) BCCI, allowing them to enrich their coffers at the expense of the exchequer”. While the committee first made its recommendations in 2011, it noted that even after two years the ED and the I-T department had not completed the probe. There is, therefore, scepticism about the ministry’s willingness and ability to go after BCCI bigwigs.

But others spoke their mind about the board and IPL. Former chairman of the standing committee, BJP’s Yashwant Sinha, said “commercialisation of cricket has turned it into a den of vice”. Mohammed Salim of the CPI(M) said: “IPL is a colourful jacket for corrupt politicians and their ‘friends and relations’, cricket administrators, top burea­ucrats, Bollywood celebrities and all those involved in black money and money-laundering. They have teamed up and are playing with emotions of cricket fans. (They)...have converted those who are supposed to monitor, investigate and prosecute as their cheerleaders”.

The committee found that the BCCI enjoyed a virtual tax holiday, thanks to a Central Board of Direct Taxes circular of 1984. This circular exempted organisations involved in the promotion of sports from being taxed, as it was considered a ‘charitable’ activity. So, even though for the three assessment years from 2004-05 to 2006-07 the BCCI should have paid Rs 225.28 crore in taxes, it paid nothing.

Subsequently, from June 1, 2006, the tax exemption was withdrawn, and the BCCI paid Rs 118 crore in income tax for 2007-08. But, in following years it refused to pay tax, citing its ‘charitable’ activity—promotion of cricket. The I-T departm­ent looked the other way. It was only when the committee questioned the dep­­­­artment’s laxity that the government was roused to  action, and the board was asked to pay Rs 930 crore in taxes till 2010-11.

“IPL 2 was a criminal activity. Only one I-T official stood his ground and brought it to the notice of the I-T department.”
Bhartruhari Mahtab, BJD MP

The panel trashed the government’s plea that as income tax assessments are “quasi-judicial proceedings and require independent exercise of judicial mind”, it needed time to act against the defaulting BCCI. “The successive replies of the government are indicative of a marked absence of seriousness towards this crucial case,” the committee noted.

The committee also came down heavily on the government for putting on blinkers even as the BCCI set up the IPL, its cash-spinning enterprise that can potentially generate crores in taxes. The IPL was patterned on the lines of foreign professional football leagues, where players are auctioned. For similar auctions, which are commercial activities, and to go ahead with the IPL launch, the BCCI had to amend its rules in 2006 and ’07, as it was registered with tax authorities as a charitable body. But the taxmen discovered the changes only in March 2008, when news of player auction and tax evasion in the IPL became public knowledge. “Undoubtedly, this clearly shows laxity on the part of (the) Income Tax Department as they (sic) should have kept themselves abreast of the changes made by...the BCCI,” the committee said.

My query to the ED: DO you have the courage to call BJP's #ArunJaitley or #RajeevShukla from INC-Congress even today? pic.twitter.com/cp3gFIkDkn

Contract with CSA okayed by 11 members. Why isn't RajivShukla not one of the noticees? None economic offenders? pic.twitter.com/r4sqFHQ7O2

Some of Lalit Modi’s recent tweets

Large-scale foreign exchange violations in the IPL were also uncovered, particularly relating to ownership of franchises and the nature of foreign investments in teams, in the awarding of contracts for media rights, and during the IPL’s stint in South Africa.

The ED is currently investigating these. The probe into the ownership of IPL teams has revealed that M/s Jaipur IPL Cricket Pvt Ltd, the owners of Rajasthan Royals, had received remittances of Rs 23.49 crore and Rs 9.73 crore from overseas investors in contravention of FEMA rules. Four showcause notices were issued and finally a penalty of Rs 98.37 crore was imposed. Cases related to Kolkata Knight Riders, Kings XI Punjab and Mumbai Indians are also under investigation. Investigations into the valuation of shares of Knight Riders Sports Ltd, owners of Kolkata Knight Riders, were finalised and the report was sent to the Reserve Bank of India.

“IPL is a colourful jacket for corrupt politicians, administrators, Bollywood stars and all those involved with money laundering.”
Mohammed Salim, CPI(M) leader

As for foreign exchange violations vis-a-vis the award of media rights is concerned, probes are on to identify the actual beneficiary of the facilitation fee when such a contract was awarded. The rights were awarded by the BCCI to World Sports Group. It’s alleged that Multi Screen Media Singapore (Pvt) Ltd had paid as facilitation fee to World Sports Group, Mauritius, an equivalent amount of Rs 425 crore. Large-scale foreign exchange violations were also detected during IPL-2, which was held in South Africa as it coincided with the 2009 Lok Sabha polls. The committee report noted that the BCCI remitted nearly Rs 300 crore ($5 crore) to Cricket South Africa to pay for expenses for hosting the IPL. This remittance was in clar contravention of FEMA rules, as the board didn’t take the rbi’s permission.

Bhartruhari Mahtab of the Biju Janata Dal, a member of the committee, calls IPL-2 “a criminal activity”. Mahtab says, “It was only one I-T official who stood his ground despite pressure and brought it to the notice of the department.”

In its concluding remarks on foreign exchange violations, the committee is sca­­­­thing on the ED. “Though showcause notices have been issued for contravention of the provisions of FEMA, 1999, the investigation has not been concluded even in a single case,” it says. The ED must conclude its probe in a time-­bound manner so that penal action can be taken against those responsible, it adds.

CPI leader Sudhakar Reddy feels three things have happened as a result of the commercialising of cricket. “First, they tried to develop private clubs through IPL; secondly, players were auctioned like slaves, the biggest insult to players; and thirdly, maximum viewership was targeted in one day to generate quicker money.”

Many top politicians such as Narendra Modi, Arun Jaitley, Sharad Pawar, Amit Shah, Laloo Prasad Yadav and Jyotiraditya Scindia, among others, have been presidents of state cricket associations. Former players, who should have been managing affairs, have been pushed to the background while corporates and politicians dominate Indian cricket.

“Both the Congress as well as the BJP have benefited from this,” says Reddy, adding, “maybe the BJP has benefited more. Evidence against the Congress should also be made public and action should be taken accordingly.”

In this complex case of corruption and influence crying out for a closure, there is now a demand for an sit probe headed by a Supreme Court judge to look into the affairs of the BCCI and IPL. At times, a pinch-hitter is sorely missed.