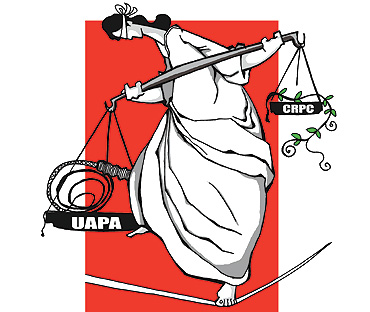 But ironically, the two laws, while having a cathartic impact on the population, appear to have pleased neither the hawks nor the civil libertarians. The tough-on-terror advocates feel the NIA and the just-amended UAPA will not enhance the government's capability to prevent/counter terrorism. The human rights lobby says the provisions are draconian. Indeed, if there is one point on which both agree, it is that this is just a "political response", with senior lawyer Rajeev Dhawan describing what the government has done as "a classic case of symbolic legislation. It satisfies a thirsty nation."

Worse, the parallel amendment of the Code of Criminal Procedure (CrPC), which has been "rationalised" or "diluted" depending on which side of the civil rights fence you stand, may make arrests in terror cases that much harder, for the new" CrPC is not in tune with the NIA and the new UAPA.