Between The Pantomime And The Real Thing

The chess pieces of war can be arranged, casus belli examined. But India and Pakistan must sober up and step back to move forward. 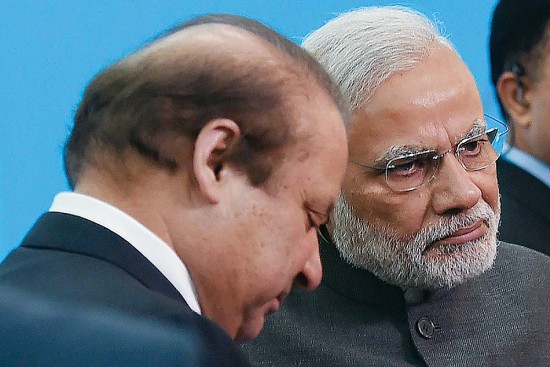 It’s been an impossible tango of polar opposites. Difficult as it may be to conceive of them as a symbiotic pair, the war impulse has mostly gone hand in hand with the desire for peace in India-Pakistan relations. Each imposes a constraint on its opposite, both tendencies sometimes polarise each other further, sometimes even show up surreptitiously in the other camp. Leaders from Nehru onwards have regularly proclaimed in public and in engagements with Pakistani leaders their commitment to good neighbourly relations. Yet, few can ignore the fact that in the past seven decades since they emerged as ind­ependent republics, India and Pakistan have already fought four wars with each other.

It’s an ominous thought that all but one of these have been over Kashmir—the issue not only continues to be hotly contested by the two nuclear-armed states, the present situation in the Valley is fraught with baleful signs. A protracted spell of heightened violence there has bled back, in a way, to the Line of Control. Increasing incidents of skirmishes along the LoC have spiralled things to the next logical level: a regular issuance of belligerent statements. Now, with the air chief asking his men to be in a state of readiness, the signs are una­mbiguous. War is a clear and present danger.