Better Safe Than Sorry In Kamalpura 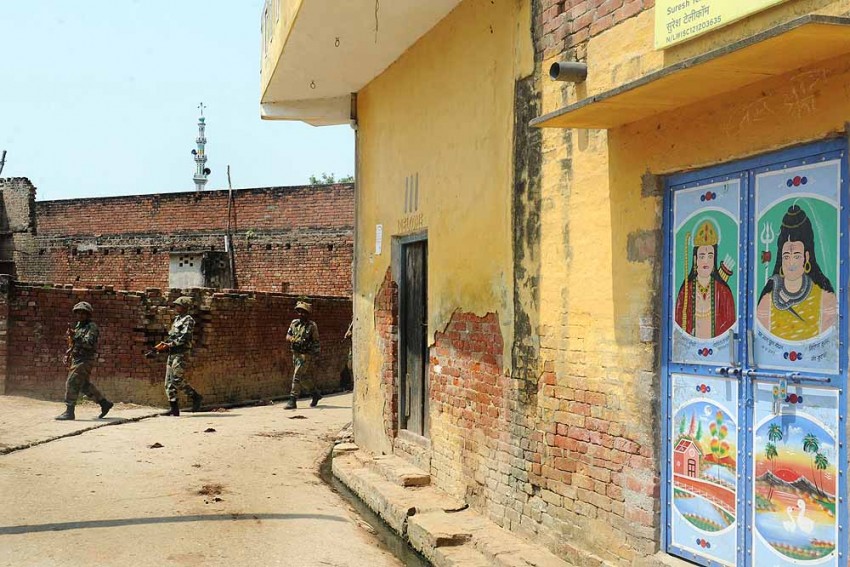 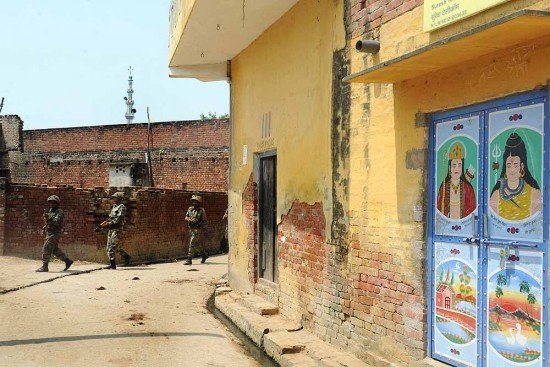 The shamiana is visible from the far end of Kamalpura village in UP’s Mahoba district. It’s next to the Hanuman temple at the other end of the alley that neatly divides the village into two equal halves. Freshly cooked rice, lentils and nutrient nuggets curry is laid out in bowls over newspapers in a semi-constructed room at the entry of the temple compound. It’s lunch time.

Those who have finished eating are sleeping on the mats around the five-feet long temple. While volunteers distribute bananas post-lunch, tea is being prepared in a corner. This camp hosts 450 Hindus from Bassi and other Muslim-dominated villages in the vicinity and is the only relief camp for Hindus in the aftermath of the communal violence in Muzaffarnagar and neighbouring areas. “On the midnight of September 7, we heard of Muslims attacking Hindus in Jauli village,” Suman, a woman in her early 40s, tell me. “Our village is Mus­lim-dominated. We were scared that we might be attacked too. That is why we fled.” Hailing from the Chamar community, Suman’s husband Santosh has had TB for the last five months. “We had no money to treat him or feed him well. He is getting nutritious food here,” she says.

“All inhabitants in this camp are Dalits,” Shiv Kumar Pandey, the supervisor of the camp, informs us. Pandey is also a volunteer with Shiv Sena. This is the very camp BJP leaders Uma Bharati and Rajnath Singh were barred from visiting by the UP government. Munnilal, a daily-wage labourer and landless Dalit from Shahpur village, tells us, “We used to live on the outskirts of the village like all the other Dalits. It was surrounded by Muslim Jats. When we heard that several Hindus were thrown in the Jauli canal after the panchayat, the entire Dalit community decided to escape right away.” Munnilal and his family of six do not want to return to their village. “The camp organisers are taking good care of us,” he adds.

Sarojini, 60, is worried only about her children’s education, as two of them are in school. She had fled with her family of six. “I got them admitted to school after great financial difficulty. Because of the exodus, it is disrupted. Since no one is ready to go back to the village, I am also caught in a lurch.” When asked if there was any report of violence or destruction by mobs in their village, Sarojini said, “I will not lie. No one attacked us. We fled anticipating violence though there was none.”

As Phoolchand Singh, co-organiser of the camp, distributed packets of Parle G biscuits, he asked me to join him on the terrace next door. The shamiana I had spotted from a distance stood on this terrace. Out here, food was being prepared for the visitors to the camp, including political leaders and media. He served me poori, halwa, salad, papad and sabzi, a stark contrast to the boiled potato and chapati being served at Shahpur camp where the Muslims had taken refuge, just 20 km from away. “We are grateful to Hindus across the state who are helping in large numbers to feed people in this camp who are victims of violence,” says Phoolchand.

The New Lord Of The Chaudharis