The rupee's strong performance against the dollar raises hopes -- and fears 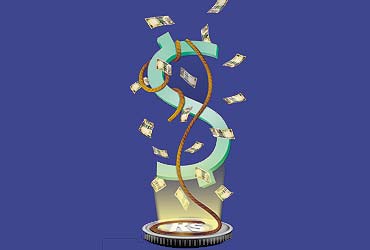 The question is not a random one. In somewhat differing ways, it is being asked by individuals, policymakers, bankers, corporate honchos, forex traders and economists. Middle-class India wants to know if this summer is the cheapest time to travel abroad, as it can spend more dollars for the same rupees. Or should it wait for a few more months to see if the dollar slides further to Rs 38? Says Parag Mehta, president and head (forex), Thomas Cook India, which witnessed a 25-30 per cent rise in retail sales of foreign currency this year, "The rupee appreciation may have resulted in a 2-4 per cent rise in dollar purchases by people travelling overseas."

CEOs in corner rooms across the country are concerned about the issue as it has a huge impact on their earnings. Importers are rejoicing as their rupee outgo is lesser, and exporters are concerned about the dip in earnings as they get less money for the same dollars. Rakesh Shah, chairman, Engineering Exports Promotion Council, admits that many are either not booking new contracts, or exporting minimum quantities to retain existing buyers. "This is dangerous," he adds. IT firms, which mostly earn in dollars, are hedging against possible exchange rate fluctuations.