India's greatest living singer, Lata will be celebrated. But a hagiographic Q&A cannot stand for a biography. 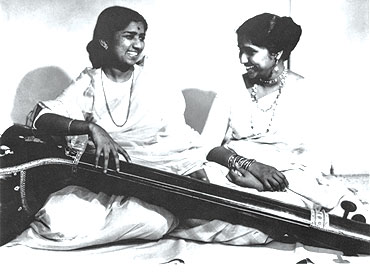 Lata started as a child actress to support her impoverished family and had small roles in eight Marathi and Hindi films. She hated acting and turned to singing. Her early songs were forgettable until composers Khemchand Prakash, Naushad Ali and Shankar Jaikishan discovered her more or less at the same time. Her first big hit was Aayega aanewala but HMV attributed the recording not to Lata but to ‘Kamini’, the character Madhubala played in Mahal. The huge success of her songs in two films that rapidly followed, Mehboob Khan’s Andaz and Raj Kapoor’s Barsaat, ensured her uncontested reign as the queen of playback for the next 50 years or so.

Lata has sung in Hindi, Urdu, Sanskrit and 32 other languages, including Swahili, Russian and Fijian! "Beta, tum ne aaj mujhe rula diya," Nehru said to her after she sang Ae mere watan ke logon following the 1962 war with China. She received the Bharat Ratna in 2001. Lata won five Filmfare awards for playback singing between 1958 and 1969 before she asked the publication to take her name out of consideration.