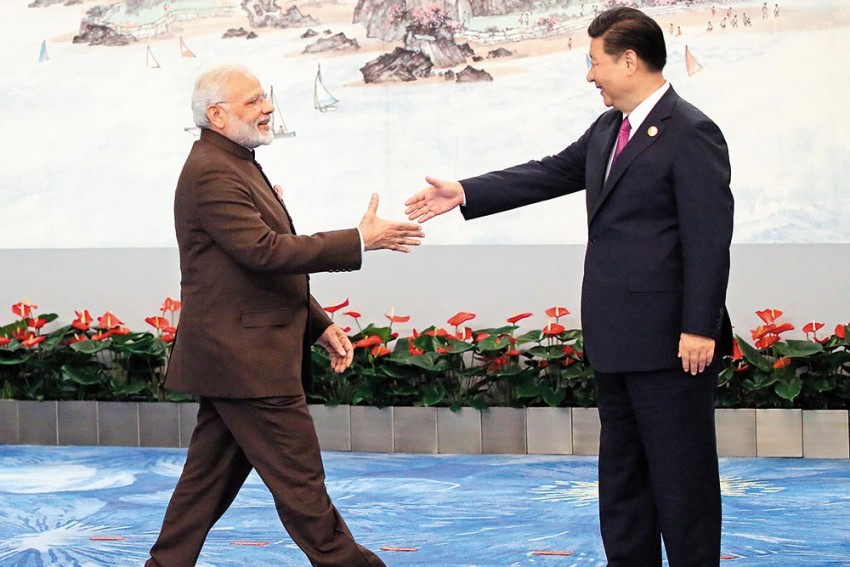 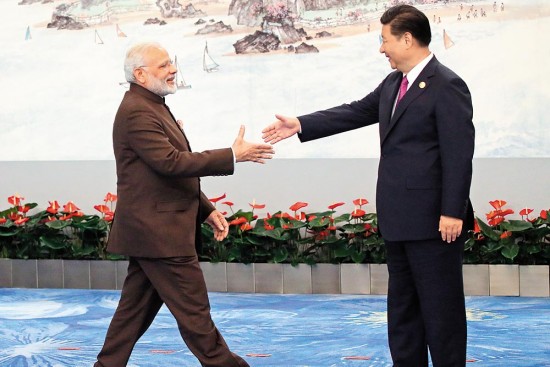 Seven months back, when soldiers of India and China faced each other in close proximity in a 72-day standoff on Bhutan’s Doklam plateau, most observers felt the chances of an armed conflict between the two Asian giants were high. As it happened, it was res­olved without a shot fired in anger.

Therefore, when Prime Minister Narendra Modi and Chinese President Xi Jinping meet in Hubei province’s Wuhan over the April 27-28 weekend for an informal summit, it will highlight the two leaders’ maturity in averting a major crisis. It will also point to the unc­ertain times we live in. Hence, the attempt will not be only to pat each other’s back on the peaceful resolution of the Doklam affair, but to ensure that another such potentially combustible situation does not occur. Despite differences likely to crop up in the future, such a dialogue mechanism that allows them to defuse crises should be encouraged.

Since coming to power in May 2014, Modi has met Xi several times—over a dozen interactions by some accounts, both bilaterally and on the sidelines of other multilateral forums. Officials say the idea for an informal summit was made during their meeting at the BRICS Summit in Xiamen, soon after Doklam. But an informal summit will be the first of its kind between the two neighbours.

Neither Modi nor Xi has any pre-set agenda for the Wuhan meeting. Barring their two interpreters, the leaders will have no other aides or officials with them. The idea, official planners say, is to sit across the table in an informal setting and discuss the ‘big picture’. Their conversation—a ‘strategic communication’ at the highest level, as the meeting is being described--is an opportunity for the two to informally and candidly talk about important issues. Though no individual contentious iss­ues are likely to be highlighted during the two leaders’ dialogue, many subjects plaguing bilateral ties may find their way in obliquely or be referred to.

Predictably, expectations are high that this meeting will help put Sino-Indian relations back on track.

“I think such a meeting is important to stabilise political ties at the highest level,” says Srinath Raghavan, senior fellow at New Delhi’s Centre for Policy Research.

Raghavan points out that over the last couple of years, especially during and after the Doklam standoff, there is a sense that the relationship is acquiring a zero-sum dynamic. That is to say that the ability of the sides to cooperate is increasingly under strain. 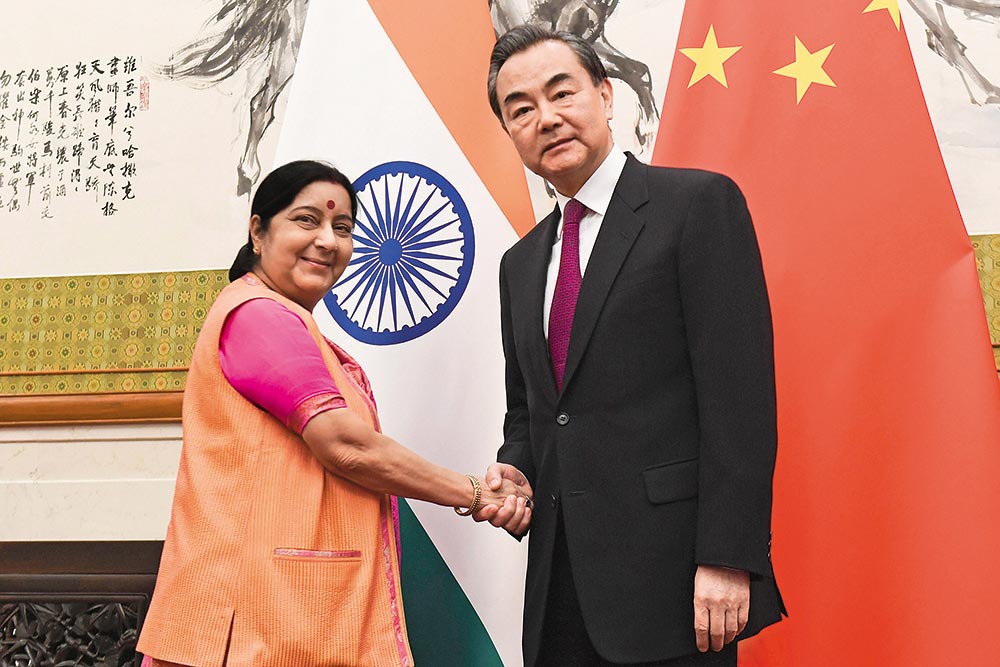 No doubt, the attempt of both the Indian PM and the Chinese President will be to put Sino-Indian relations on a more cooperative plane where they work together to face global challenges and make use of mutually beneficial opportunities.

“A meeting between Modi and Xi will help both sides focus on the many reasons why India and China need to work together and prevent further deterioration in ties,” adds Raghavan.

Undoubtedly, the immediate impetus for this informal summit has been the prolonged stand-off in Doklam. South Block officials say that Doklam allowed both sides to look at the ground reality and assess the emerging scenario in the region and at the international level. The leadership realised that though they have serious differences on core issues, they also have many areas where they cooperate for mutual benefit. Ultimately, both sides acknowledged that despite their differences, their commonalities far outweigh their differences.

“Post-Doklam, there was a reality check on both sides that they cannot allow the negativity in relations to fester, as it may have serious consequences,” says Ashok Kantha, director of the Institute of Chinese Studies.

Indian diplomats, while acknowledging Doklam as the trigger for the summit, also argue that the old template of Sino-Indian engagement had become redundant. They feel the urgent need for a new one, befitting new challenges and a changed ground reality.

Some are comparing the summit with the 1988 meeting between Rajiv Gandhi and Deng Xiaping that had helped pave the way for a meaningful re-engagement and enabled bilateral ties to finally emerge out of the shadows of the 1962 border war. Rajiv, at the end of his tenure as PM and marginalised on the Bofors scandal issue within his own party and government had shown political courage to go to China. Simply put, he felt the need for a paradigm change, or a new template.

“We see a more assertive China today than what the country was in 1988. The old template needed to be updated to deal with the new reality,” says Kantha, who also served as India’s ambassador to Beijing.

Though BJP supporters are loath to compare Modi’s visit with that of the Congress PM, some parallels cannot be denied. Not only does the summit come towards the end of Modi’s tenure, the PM is also under considerable political stress, and is being criticised for unfulfilled promises and attacks on Dalits and minority groups.

The Modi-Xi summit comes amidst global challenges like US-Russia tensions that impact both nations.

Though Modi’s authority within the BJP and his government is unchallenged, the manner in which South Block officials and BJP leaders are arguing that there is no dilution of India’s stated pos­ition in a post-Doklam scenario, also indicates that the move to normalise ties with China is no less challenging.

On April 24, after the Shanghai Cooperation Organisation’s foreign ministers meeting, it was pointed out that India was the only ‘holdout’ on China’s One-Belt-One-Road (OBOR) initiative, since some of the projects threaten India’s territorial sovereignty and that there was no question for New Delhi to compromise on its stated position.

While regional developments are imp­ortant, the significance of some global challenges in the backdrop of the current Sino-Indian engagement also have to be kept in mind.

One of the most important developments pertains to the deterioration in US-Russia relations which, some fear, have reached Cold War levels. Apart from their differences in Crimea and West Asia, the mounting anti-Moscow feeling in America’s domestic politics has also complicated the issue. For India, which has good relations with both Russia and US, the new American legislation that proposes to sanction countries that buy Russian military hardware has posed a serious challenge to defence preparedness.

Interestingly, despite the tough talks on the trade front with China, Donald Trump had been soft-pedalling on his dire threats to Beijing, while Washi­ngton’s present ties with Moscow are getting strained by the day. Many Indian foreign policy experts feel that it was the right time for New Delhi to maintain good relations with China.

“I don’t think there is any political risk as such,” argues Srinath Raghavan. He says it is much more risky to allow a further downward slide in Sino-Indian relations, which might set the stage for other situations that could end up hurting the government politically. “As PM Modi looks for re-election in 2019, a stable relationship with China will actually be helpful domestically,” says Raghavan.

That may be so. But the fact that India is not putting all its eggs in one basket is clear from the fact it had already finished high-level talks with the Russians and now awaits engagement with the Americans. Indications suggest the new US secretary of State, Mike Pompeo, will make New Delhi his first port of call.

Creating, then further expanding, strategic space is one of the primary tasks of diplomacy. Appearing closer to one major power, yet maintaining equidistance from others, takes great skill. A reset in ties with China, while having ease of manoeuvre between the US and Russia is an achievable ideal that our foreign policy-makers strive for.

Hounds, When Their Blood’s Up