Scarcity creates value. How does one create scarcity when everything is just a few clicks away? 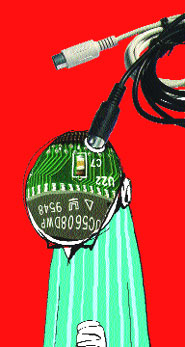 It was 3:45 in the morning and the train with 120 of my colleagues was drawing up outside a tiny station in Goa. Except we didn't know which tiny station it was. The platform wasn't lit, and we had buses waiting to transport the gang away at the correct station—if indeed it was the correct one—and we'd been warned that the train would stop for all of two minutes. There wasn't a soul on the platform and no one else was getting off the train, so there was no one to ask. It was a bit of a geo-existential conundrum—till one of us pulled out his iPhone, took a map reading using the cellphone-tower-signal thingy and told us it was not this station but the next.

What was surprising was not that this feat was greeted with applause, but that it wasn't. We all took it for granted that somehow the Internet would answer all the questions.

My 10-year-old was in tears the other day because his thumb drive was missing. Not that he is the most organised kid in the world—or even in his class—but he was mollified only when he figured out how to e-mail his project presentations to himself on his Gmail account so that he could not only never lose the file but also access anything he needed from any place. His big smile was in figuring out that he didn't need his pen drive to get marks on his homework.

I was fiddling around with my LinkedIn account the other day when I figured out that Bill Gates was just two connections away—not even the proverbial six degrees of separation that we used to talk about just a couple of years ago. Barack Obama and John McCain are closer—only one connection away. A George W. Bush was online, and somewhat reassuringly out of my network. I had also just chatted with Ekta Kapoor, who I know only as a buddy on Facebook, about the cancellation of Kyuunki. I get pinged once a week by some stranger who wants to get funded or to join the company—and many of them end up getting exactly what they ask for.

The world was never so accessible. I'm sure each of you has your share of such wonderful stories. But it's not all rosy —there is an entirely new set of downsides. One of the kids who bullied my son and got beaten up for it went online and got him locked out of his Club Penguin social network by spoofing his presence and using abusive language—imagine that, a 11-year-old cyber-criminal! And cyber-harassment cases by both genders are now run of the mill, at least in India, according to my friends at the cybercrime cell in Mumbai.

Maybe it's a depressing cliche that I'm beginning to sound like just another 40-plus who looks on wide-eyed and amazed at the world and tries to hanker for the good old days. I don't actually. I think these are the good new days, and things are just beginning to get better.

But even as someone who runs a company that specialises in helping brands become more visible online, I often wonder about this universal accessibility. I now think there is a certain value in being inaccessible. I do believe that scarcity creates value—and how does one create scarcity and value for people, for places, for companies, when everything is just a few clicks away?

How distant is Mount Everest when there's a webcam with the team climbing it? How do you keep secret the news of a special beach that you've just discovered, a romance you don't want your parents to find out about, a place for fried fish that you just want to keep to yourself? Maybe there's room for the art of anti-SEO (the opposite of search engine optimisation), through which you can succeed in getting something off the grid, or in staying off and not being searched, found or written about.

Maybe the rest of the online world can have more of a setting like I have on my instant messenger accounts: 'Invisible', meaning 'I can see you, but I don't want to be seen'. Not just yet.

(Mahesh Murthy runs Pinstorm, a digital marketing firm, and Seedfund, an early-stage venture capital fund, and can be reached rather easily, if you know where to look)

"Key Is To Find Details Quickly, Nip It In The Bud"