‘Before ’59, It Was An India-Tibet Border. Defence Bill Wasn’t High.’ 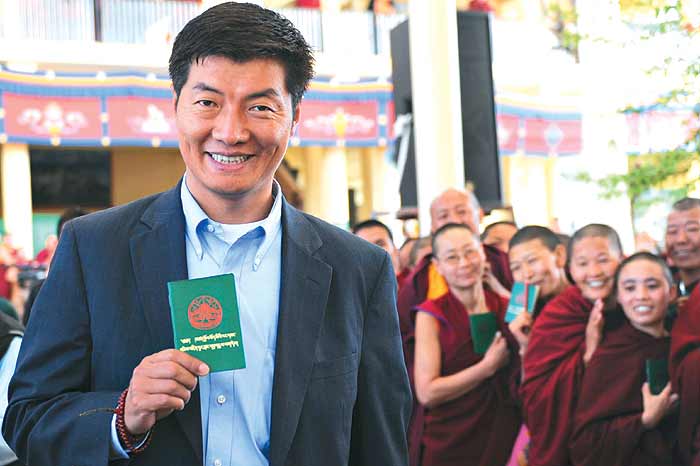 Lobsang Sangay, the newly elected Kalon Tripa (prime minister) of the Tibetan government-in-exile, describes India as his second home and proudly declares he grew up in its “unity in diversity" atmosphere. It was only natural then that he was rooting for the Indian cricket team in the recent World Cup. Born in Darjeeling, Sangay speaks Tibetan, Nepalese, Bengali and Hindi. His journey to Harvard University, where he studied law, began at a modest Tibetan refugee school in Darjeeling from where he went to Hansraj College in New Delhi and Delhi University’s Campus Law Centre. As he prepares to take over the political role of the Dalai Lama, who will now finction only as the spiritual head, Sangay's critics point to his lack of political and administrative experience, but in a phone interview with Ashish Kumar Sen, the new prime minister says he has the people’s mandate.

I grew up in Darjeeling town surrounded by a lot of Nepali people. I grew up speaking many languages. At home I spoke Tibetan, with the Nepalese I spoke Nepali, and I also spoke Bengali and Hindi, which I learnt in Class 8. I grew up in India’s "unity in diversity" atmosphere. Indian ethos, history and culture are very much part of this. India is my second home. In the [World Cup] cricket match recently, obviously I was rooting for India to win! I studied at a Tibetan refugee school, which was subsidised by the Indian government. So I am very grateful to the Indian government and Indian people for hosting Tibetans for the last 50 years. Especially for me, getting education all the way to Delhi University -- I studied at Hansraj College and Delhi Campus Law Centre. I am very much a product of the Indian education system.