Beckoning A Red Star Over India

A close-knit constellation of Maoists, resisting an imperialist state, will make the New Democratic Revolution a reality. Naxalbari guides them like a lodestar. 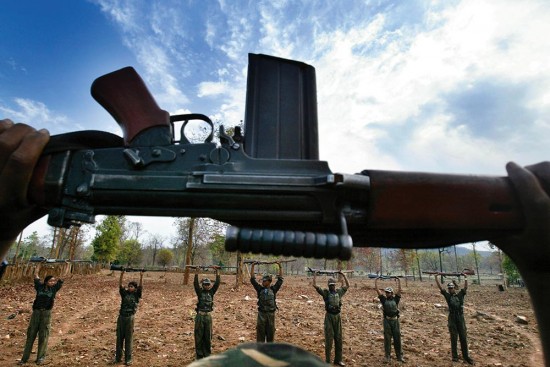 “In India, the Naxalbari Peasant Revolutionary Armed Uprising, which will complete its 50th anniversary, was influenced and inspired by the Great Proletariat Cultural Revolution of China. Naxalbari was a pathbreaking event under the leadership of Com. Charu Majumdar—one of the two great leaders, teachers and founders of the CPI (Maoist) along with Kanhai Chatterjee—which marked a new beginning in the history of the country’s democratic revolution.” So said the central committee of CPI (Maoist) while calling to celebrate the four great events in history that strove to achieve world socialism, including Naxalbari.

It’s obvious that Maoists—more so in the CPI (Maoist)—are the real inheritors of Naxalbari Movement, besides certain revolutionary groups and individuals. Unless a Bolshevik party is built with Bolshevik spirit to achieve an Indian revolution by uniting all revolutionary forces, a new democratic revolution—a precursor to socialism—cannot be achieved.