Speeding up things for a ­gender-equal and ­inclusive workplace, now that’s good business 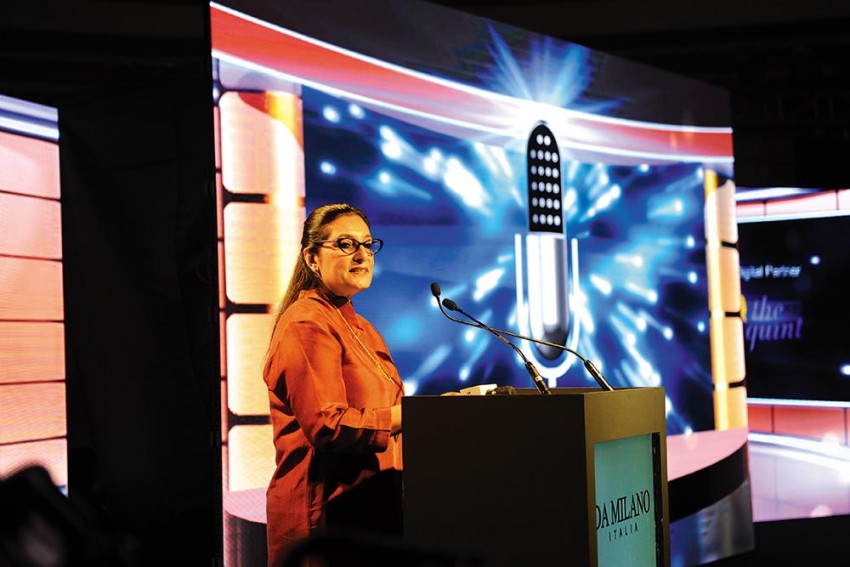 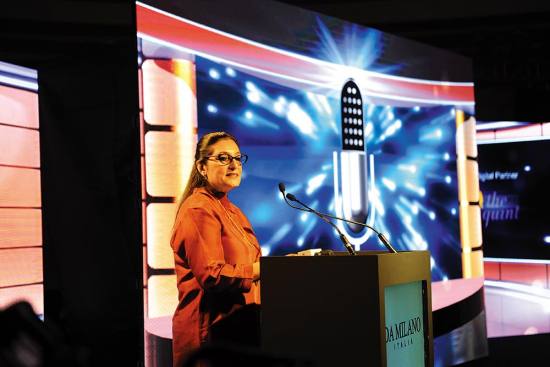 When I was 16 years old, one day after school my father took me aside and sat me down. He held my hand and said, “I’m really sorry.” I was confused. What was he talking about? He said, “I am sorry because of the world I am leaving behind for you.”

He talked about the kind of industrial revolution that took place in India, in which, as an engineer, he had played his part, and he recognised that it hadn’t been entirely a good thing. He spoke of progress, but also of the price of progress. For a man—an engineer in the 1970s in India—this was very forward looking. It was a perspective that would shape my future outlook.  I didn’t ­understand it then, but I ­und­erstand it now.

So what progress have we seen for women? Not so long ago, we still had to argue that women and men should have equality of treatment in the workplace. But in 2018, talking about a lack of equality between men and women seems preposterous. So the standard is clear. What is less obvious though is how we uphold that standard and make sure it is a reality.

As the chief human resources officer of a large multinational company, the immediate solution is something I drive towards every day. Moving to genuine equality in the workplace needs a systematic, long-term plan. And one of the first barriers to overcome is unconscious bias. All of us have at least some unconscious bias. Our background, personal experiences, social conditioning and cultural context have an impact on our decisions and actions without us realising it.

Awareness is the beginning of a ­remedy. But to really address this topic it will need a combination of revolution and evolution. When a woman achieves something that no woman has achieved before, we must visibly cheer for the revolution that she rep­resents. We should champion the women at the top partly because they have proven for many others that it’s possible to make it there. It shows the power of revolution.

Evolutions are important too. When I started my career, women tended to choose only certain kinds of roles. That has changed. In my organisation we have women as leaders in finance, in manufacturing, and in our regulatory, quality, sales and medical fields. At Reckitt Benckiser, 75 per cent of our customers are women. But as I write, only 25 per cent of our senior management are women. That is not sufficient. So we have launched a programme of change to address the problem.

RB is committed to the UN Sustainable Development Goal for gender equality. Specifically, our aim is to double the number of women in our senior management from a 2016 baseline. We have direct proof of the benefit of more women in our business—30 per cent of our board are women and the benefits are evident.

I have positive proof of the impact of diversity in other ways too. The workforce I’m responsible for is very culturally diverse. Two-thirds of our sales and marketing leaders are working outside their home countries, and the vast majority of our senior leadership have international experience. Driving for diversity is not just a matter of righting wrongs or trying to reflect soc­iety in the workforce. It is a commercial imperative. Our company runs better because of our diversity; different opinions, different experiences of the world. Diversity in business means diversity in decision making. And that is actually a ­business advantage.

As someone responsible for her employees, I want to accomplish three things in the near future. Better gender balance in senior management, and equality of pay; better work-life balance for all workers, but particularly for women, so that they don’t feel torn between the demands of home and work and ensuring we nurture women’s careers since no one should have to smash glass ceilings on their own.

“I want to ensure we ­nurture ­women’s careers as no one should have to smash glass ceilings alone.”

In 2015, we launched Project DARE, which aims to ‘develop, attract, retain and engage’ talented women. DARE has a leadership programme for middle manager women. There’s mentoring, options for flexible working and a global maternity policy, which sets a minimum standard and makes us one of only a handful of employers with such a policy. Then, ‘Lean In Circles’ give women an opportunity to ‘lean in’ and support each other, helping to build their networks. As a result, all of RB’s leaders are trained in addressing unconscious bias and inclusive leadership—that’s over 1,500 managers in 2017.

In India, RB is addressing the problems of poverty and empowerment which will give women power and choice. While women who already have some power are gaining more, too many women still have no power at all. We are launching a malnutrition and anti-stunting programme in 1,000 villages in the state of Mah­arashtra. And there’s the Clean India campaign where we are retraining manual scavengers and presenting them with skills to make money in ways that are more constructive, safer and better for society.

These programmes—aimed at children and men—will improve the quality of women’s lives. India can be the new land of opportunity for women. But it will only reach its full potential if we act as members of a new kind of family.

A family in which fathers and mothers do not treat their daughters differently from their sons; in which grandmothers no longer favour the boys or let them off the hook from completing chores; where brothers start doing the same as their sisters around the house; and in which sisters, no longer content to accept the status quo, insist on equal treatment.

We need governments and companies to act, but if we change in these small ways, as family members and friends, as workers, and as citizens, the lives and fortunes of women will see as dramatic a change for the better as all the other changes in India.

I have reflected on my father’s apology to me many times, and I also ask myself what I should be saying to my daughter about the world my generation is leaving her. I think I should be saying this: “I’m sorry we were a bit slow. We were too slow to create the circumstances in which women could get to the top if they had the ability and the desire, and we were too slow to get to equal pay. Some of our revolutions were not loud enough. We should have demanded respect, and a safe world in which to live and work. And we shouldn’t have waited until we got it.

But while I am apologising, I will also challenge my daughter to speed things up. The answer to speeding up the rate of change for women emp­owerment lies with the youth of India and the world. Their glorious impatience will hurry in a new era. It is the young who will turn India from a land of perpetual paradox into a land of real progress.

(The writer is chief human resources officer at Reckitt Benckiser)

Mum’s The Word | By Sushmita Sen