The Congress wants UP badly. How to tackle the SP thorn is the challenge. Crack Mulayam or go with him? Updates 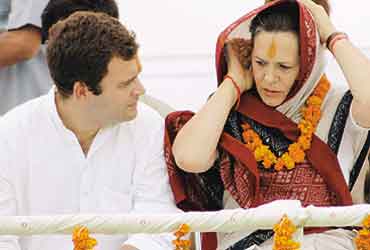 The political alignments emerging in the run-up to the Rajya Sabha elections indicate that Mulayam enjoys the backing of both the Left Front and Rashtriya Lok Dal (RLD) leader Ajit Singh, not to mention powerful corporate lobbies. This, despite the fact that Congress president Sonia Gandhi's political secretary, Ahmed Patel, went hat in hand to the CPI(M)'s Harkishen Singh Surjeet in the hope of securing Left support. He was bluntly told that the CPI(M) stood committed to Mulayam (thus creating a piquant situation where the Communist votes just might go to the country's biggest capitalist: SP-backed independent Anil Ambani!). And even in the matter of fielding a candidate for Rajya Sabha, the Congress ran into hard luck—its nominee, B.S. Bhama, couldn't reach Lucknow in time because his flight was diverted due to bad weather.

At the same time, the Congress has managed to upset BSP leader Mayawati, by giving a Rajya Sabha ticket from Andhra Pradesh to her blacklisted former aide, Rashid Alvi. A tie-up with Mayawati would be a dream-come-true for the Congress, but the BSP chief needs more than just verbal assurances of the party's commitment to bailing her out of the Taj Corridor mess and of annihilating the SP. Says BSP spokesperson Sudhir Goel: "What we have seen seems to have been just a few days of shadow-boxing between SP and Congress."