Kalaignar grieves over jailed daughter, and the DMK lies adrift 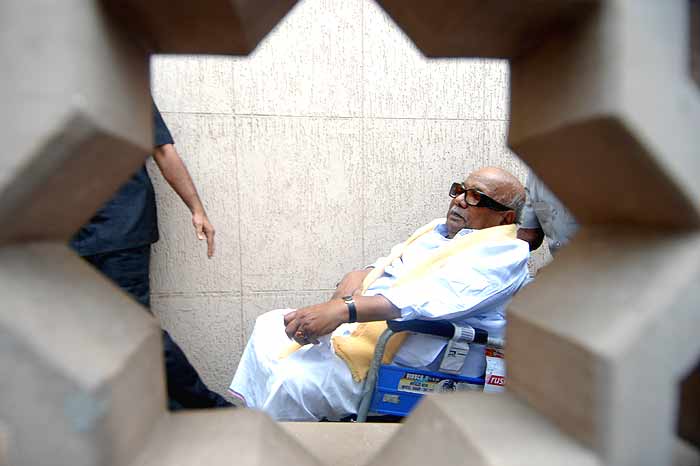 The old faultlines within the Karunanidhi clan have been papered over, the family has closed ranks after daughter Kanimozhi was sent to Tihar jail in the 2G spectrum case. To amend a popular saying, the family that visits a daughter in jail together stays together. But will a demoralised DMK, which was last month given its worst drubbing in recent memory, recover?

For now, there are no answers—the party has been pushed to the background by a devastated father. And so you had full-blown melodrama on show at the court. Kanthi, the wife of elder son and Union minister for chemicals M.K. Azhagiri (who’s never bothered to hide his reservations about Kanimozhi), broke down after seeing her sister-in-law. With Kanthi was her son Dayanidhi Azhagiri (a film producer) and son-in-law Venkatesh. Later, Azhagiri’s younger brother and former deputy CM Stalin, joined them. The first family, in fact, was there in full force—Stalin’s wife Durga, Karunanidhi’s youngest son Tamizharasu and wife Mohana, elder daughter Selvi, they were all there. 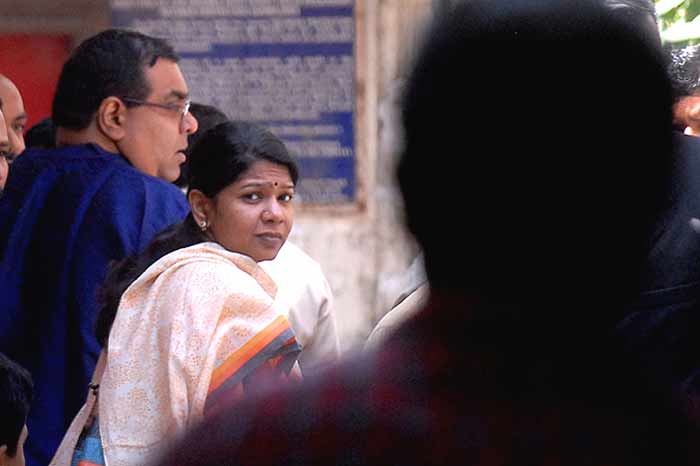 Kanimozhi at the Patiala House courts. (Photograph by Sanjay Rawat)