So the former editor-in-chief of Outlook found my book to be ‘fiendishly clever’? If that was so, why put it inside quotes? 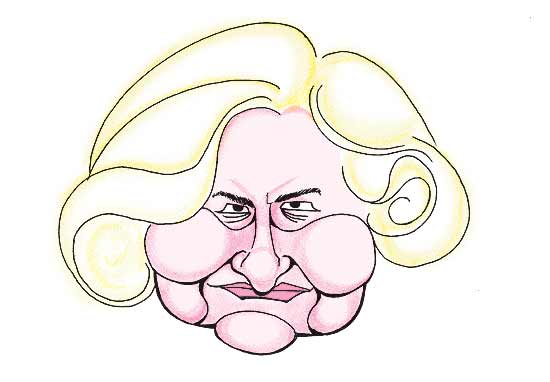 O’ at 92 why should I keep a ‘secret’ diary? I do keep a normal diary, my publisher is aware of it and one day will persuade me to get it published. Knowing that, I did not put down my innermost thoughts in it and started this strictly For My Eyes Only diary. There are still queries on why I wrote Death Comes to Pemberley, a sort of sequel to Pride and Prejudice. In media interviews, I said I loved Jane Austen and her Pemberley and why not stage a murder among familiar scenario and characters. I got some weird feedback though. Like why not murder off the arrogant Darcy and let ‘smarty pants’ Elizabeth Bennett solve the crime. Or get the idiot Mr Collins bashed on the head and killed, with the post-mortem revealing a total absence of brains!

But here, I can reveal the real reason. I was getting a bit tired of my longstanding hero, Adam Dalgliesh, who was getting on my nerves. I got him married off in my last book, his faithful assistant Kate Miskin will no longer sigh after him and perhaps his poetic faculties had also dimmed. Mind you, he had been with me since 1962 and had he been in real police service would have retired long back. Will I do murder sequels of more classics? Here too suggestions poured in. ‘Murder at the Orphanage’ (Oliver Twist), ‘The Guillotine Killings’ (A Tale of Two Cities), ‘Descending Heights’ (Wuthering Heights) and so on. Let me think about this.

Meanwhile, someone told me that a former editor-in-chief of the popular Indian newsweekly Outlook mentioned in his diary (a real diary, not a secret one) that he was now reading my book, A Certain Justice, which he found to be ‘fiendishly clever’. If that was so, why put it inside quotes?

Harry Evans, when he edited Sunday Times, told me he read my books the week they came out and never missed a single one. His only grouse was that I had never featured a murder inside a newspaper office nor presented the editor-in-chief as the victim. He laughed when I told him that this job would be carried out by the newspaper owner and that was exactly what happened when Rupert Murdoch took over the Sunday Times. Harry was out.

James ‘Scotty’ Reston of the NYT liked my books but wondered why a top Scotland Yard detective should write poetry. I think he had the image of fbi chief J. Edgar Hoover in his mind. Biographers did discover gay links to Hoover but none to poetry. Who knows, with a little inspiration, Edgar could have versified both bugging and buggery!

I talked to friends who knew something about India and was informed that Indian intellectuals (that includes editors-in-chief) had no time for light stuff, including crime fiction. Give them huge volumes on nuclear non-proliferation, agrarian reforms and urban revolution, the philosophy behind farmer suicides and so on. As for murder, they get enough of the stuff in the papers they edit.

Pasta By The Lake