Bare Bones Of The Holodmor

The facts of the Ukrainian famine horrify. But there are large cracks in Applebaum’s central thesis that age-old Ukraine-USSR tensions shaped it. 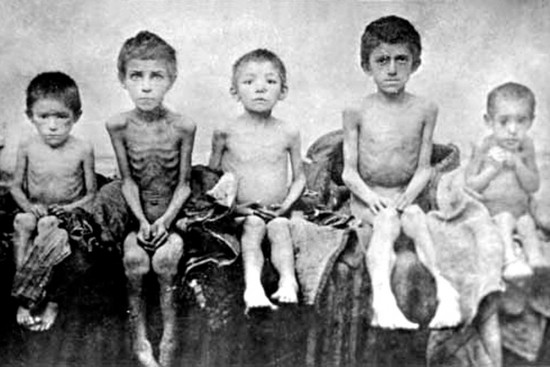 Modern famines are put down to bad politics, and Anne Applebaum’s book on the Ukraine famine of the ’30s is no different, with the villains of the piece being Stalin and Marxism. The narration is made to tell more: to highlight a case that Rus­sians oversaw unspeakable acts to suppress Ukrainian national self-assertion. In a book that is as much about Russian-Ukrainian relations as the fam­­ine, there is powerful documentation. Half-digested ideas, tendentious arguments, though, make this good non-fiction but indifferent history.

At issue is the ‘Holodmor’ (largescale death by famine) of 1932-33 in Ukraine during the Soviet collectivisation. Ukr­ainian peasant non-cooperation was treated brutally. Forced requisitions of 1932 were merciless. The result was mass shortage and famine.

In Applebaum’s book, collectivisation is put down to the Marxism that guided Sta­­lin. This mass dispossession of smallholders and concentration in collectives occ­­urred because Marxists labelled prosperous peasant agriculture anti-Communist and ‘kulak’. This is argued despite Stalin’s support of the entrepreneurially oriented New Economic Policy through the mid ’20s; and the Marxist Bukharin’s steadfast opposition to collectivisation. So, since Bolshevik approaches to Marxism tended to be plural, why collectivisation is put down to Marxism is unclear.

The reluctance to think through the pos­­ition comes from Applebaum’s lack of concern with the famine in a structured manner. Rather, it fits into a larger political argument that while collectivisation was the outcome of Marxism, in Ukraine it was shaped by long confrontation bet­ween Ukraine and the USSR.

The argument is prefaced by a brisk acc­ount of the tension between USSR...