A few punters cry war, but the lines are blurred on this one 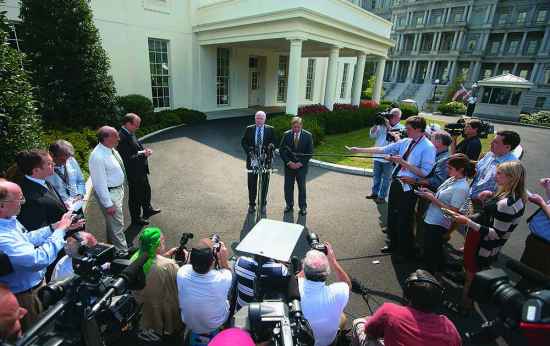 In 2003, the United States marched into battle with Iraq to the beat of war drums in the media, where some journalists willingly trotted out as fact erroneous claims from the George W. Bush administration that Saddam Hussein had stockpiles of weapons of mass destruction.

Fast forward to 2013, and some of those drumbeaters are at it again.