P. Chidambaram can take credit for some of the biggest reforms of the '90s—in trade policy and income taxes. But the man who became the darling of the middle class in 1997 tells a realistic tale to B.R. Srikanth 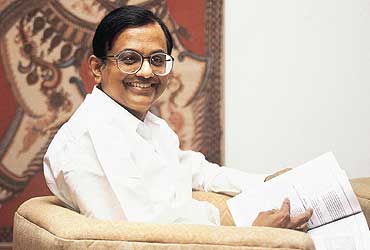 outlookindia.com
-0001-11-30T00:00:00+0553
What are the milestones of the last decade? And where did the reforms fail?
The biggest success is that we were able to turn conventional wisdom on its head. Conventional wisdom had it that the state must tax and spend, the public sector was a better instrument than the private and that a government-controlled economy assured a higher rate of growth. The '90s witnessed the highest rate of growth (over 7 per cent). The failures are that we are not able to sustain this process, we've not convinced the parties and the bulk of the poor, particularly the rural poor, that this is the way to progress and prosperity. So there has been resistance at every stage.

What are the reforms you're happy with?
Trade reforms, abolition of licencing, opening up of industries to the private sector, financial reforms, competition in banking and insurance are steps anyone can be proud of. But so much more needs to be done. The entire infrastructure sector is still a prisoner of the government. We have done nothing to downsize the bureaucracy.

Narasimha Rao says the message of the government is only one of clearance sale...
I think Rao was an opportunistic reformer. It became clear only when he started talking of a middle path in 1994. As far as he was concerned, the watershed was winning the vote of confidence. After that, his heart was not in reforms, it was in politics.

Did the reforms do in the Congress?
No, they lost for many reasons. They lost 40 seats in TN due to their tie-up with the aiadmk. Overall, they lost because of state-specific issues and the perception that it was willing to condone corruption. I don't think reformers necessarily lose elections. Look at Naidu, Tony Blair...

Tell us of those days. Was it very tough?
There were tough moments, the first was devaluation. Rao tried to stop the second stage but nothing could be done as the rbi governor had already issued the orders. But the first set of trade reforms was pretty easy. We began with wanting to abolish the export subsidy and ended up with a 13-point package. But when the rupee was dropping sharply in 1995 and somebody had to speak up, (Manmohan) Singh asked me to do that. So I held a press conference on a Sunday asking exporters to repatriate their earnings to cushion the rupee fall.

With the UF, dismantling the apm was tough. The other toughie was the pds, where we sought to issue food coupons. The other option was the introduction of above/below poverty line categories. There's always a tussle between the reformer and the chronic capitalist and the reformer and the one who thinks state power is meant to make money.

Why did the reforms fizzle out?
Lack of performance. Also, not enough people are convinced about reforms. Reforms means electoral defeat to most. The bjp will be defeated in the next elections not because of reforms but because people have high expectations and want change.

Who do you think was the best reformer?
At the theoretical level, certainly Dr Singh. But much of what he wanted to achieve was lost in implementation. There was a huge gap between his theoretical postulates and his commitment to reforms vis-a-vis his ability to oversee the implementation.

Why can't we have a committed team now?
In 1991, I thought there were two-and-a-half reformers, the half being myself as I was minister of state for commerce.Now I know Rao was the half reformer. In 1996, we had more people accepting the rationale for reforms but unwilling to do it in their departments. (A.B.) Vajpayee began with a larger number of reformers in his cabinet but now has a cabinet of no changes.
Did we get caught in our own success?
There's not much success to boast about. To some extent, the growth rate of 7 per cent induced some complacency. In 1997-98, it was hit by the Asian flu and the local political crisis. After 1998, Vajpayee should have put together a team of young, committed members of his cabinet. I think one last opportunity will be after he comes back from Mumbai. If he misses that, one can kiss goodbye to 2001-02.

(Read full text of this interview: 'Except Growth, There's Not Much Success')

'Economics Can't Be In The Abstract'