Obviously strange to buy the remake rights of a mediocre Hollywood film. More biza­rre to fashion an even worse Hindi film out of it. 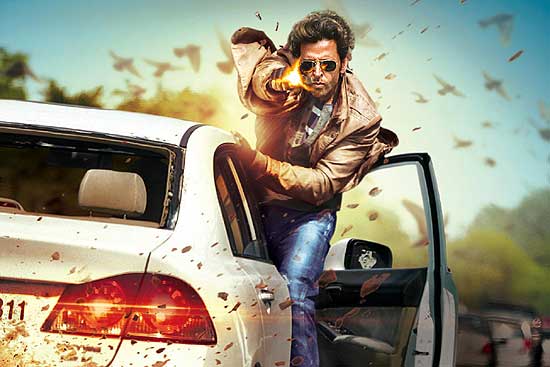 Something is obviously strange in opting to buy the remake rights of a mediocre Hollywood film called Knight and Day. What’s more biza­rre is that you are able to fashion an even worse Hindi film out of it. Bang Bang, which is all about the theft of the Kohinoor diamond and nabbing of a dreaded terrorist, made me feel like banging my head against the wall. However, besides offering a cocktail of neck-­wringing chases, countless car crashes, flyboard stunts and elaborately mounted song ’n-dance numbers, Bang Bang also offered me wisdom of a sublime kind. Here’s what all I learnt this Friday first day, first show: