Feels delightfully real, strongly rooted in contemporary Delhi middle class. Gets my vote for the best dialogue of 2010. 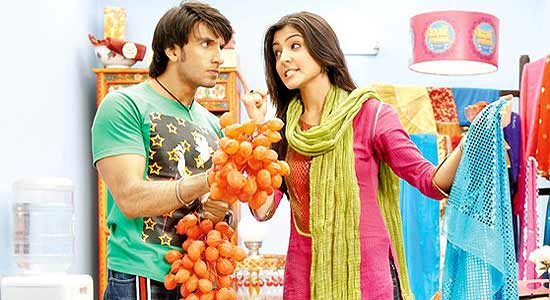 Hindi mainstream cinema, despite its predictability, can at times leave you with a smile on your face and a song in your heart. Band Baaja Baaraat is one such endearing film. The story might be the usual: boy meets girl, they get into a misunderstanding and eventually come together again. However, what makes it special is that it feels delightfully real, is strongly rooted in contemporary Delhi middle class. Habib Faisal’s intelligent pen doesn’t just entertain but presents a persuasive social picture as well. The two budding wedding planners, the ambitious yet conventional Bittoo and Shruti, are like so many other kids around us on the streets. Maneesh shows remarkable flair and confidence for a debut director to bring alive Habib’s writing on screen. DU hostels, dad rushing for ‘charter’ bus, Saharanpuri Jat family with its new tractor, bread pakodas, chowmein and most of all, the weddings (complete with dholak-spoon jugalbandi in sangeet), Maneesh gets it right. Aseem Mishra shoots the elaborate process of wedding management with energy, the production design is colourful but suitably kitschy. Anushka seems to be improving with every film but the big surprise is Ranveer. Dismissed for his nondescript personality, he comes out surprisingly spontaneous and easy with the camera. The best, however, is the lingo. Habib captures the little details of Delhispeak—ainvayi, bhukkad, leg piece, cheapda, kanjar, chirkut, taadna; phrases like mother promise, correct banda, emotional syapa. BBS gets my vote for the best dialogue of 2010.