Bureaucracy to judge merits of its own earlier decisions 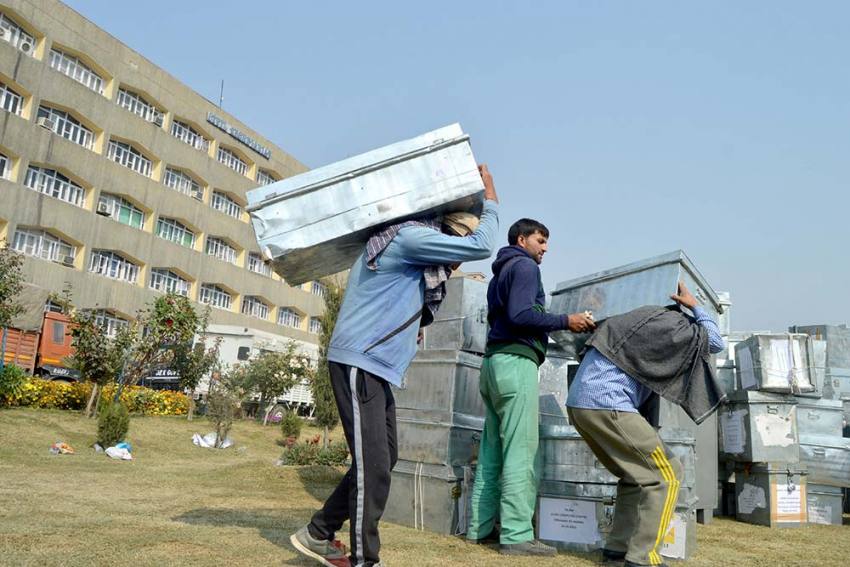 Capital Gains
File photo of workers loading boxes of documents during a Darbar shift
Photograph by Umer Asif
Naseer Ganai May 15, 2020 00:00 IST Ball’s In Other Court 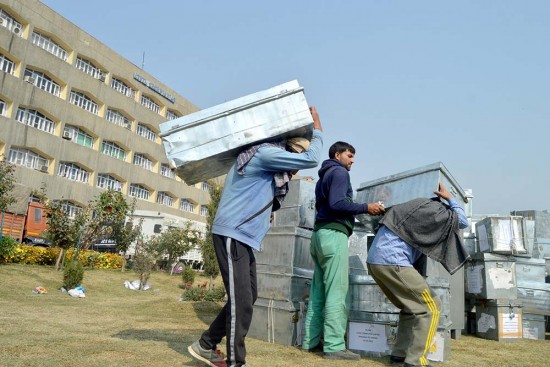 Two recent developments in Jammu and Kashmir appeared as small, almost invisible blips on the radar, escaping major public scrutiny in a country battling a mystery virus and in lockdown mode. First, the Jammu and Kashmir High Court left it to the bureaucracy to take a final decision on ending a nearly 150-year-old tradition of shifting the capital twice each year known as the ‘Darbar Move’. Then the Supreme Court also left it to the bureaucracy to decide whether the security scenario was good enough to restore 4G telecom services in Jammu and Kashmir.

In both cases, the judiciary has faced criticism for allegedly abdicating its responsibility, and asking the bureaucracy to judge its own earlier decisions. “It is strange that courts have come up with long observations but have asked bureaucracy to take final decisions,” says CPI-M leader  and former legislator Mohammad Yousuf Taragami. He was particularly harsh on the 4G issue. “The Prime Minister is a strong advocate of digital India but bureaucrats are excluding J&K from this dream. They are creating all these issues that force people to move to courts to seek justice. We trust Supreme Court for its judgments and the bureaucrats cannot be our judges,” Taragami adds.

Ever since the Centre stripped Jammu and Kashmir of its special status, a large section of Kashmiris have been critical of the government’s subsequent moves, including the ban on 4G services and the discarding the practice of relocating the capital from Srinagar to Jammu in winters and vice versa for the summers. Every year, in May and October-November, the capital and secretariat shift from one capital city to the other city to escape the extreme weather conditions in the two regions. The summer capital opens in Srinagar in May and the winter in Jammu in October.

A division bench of the high court called for discarding the practice, “given the magnitude of the problems which arise…” and “the expenses involved”. The court described the Darbar move, started in 1872 by then ruler Maharaja Gulab Singh, as a practice that nurtures inefficiency and leads to lack of governance.

In the 4G case, the top court left the final decision to a special committee headed by the Union home secretary. While the government had claimed that high speed internet will lead to increase in terrorism, the petitioners said that most cases of militancy happened when there was no internet in the state.  On August 4, 2019, a day before the government revoked Article 370 of the Constitution and bifurcated Jammu and Kashmir into two Union territories, the government had imposed a communication blockade. It was later restored but internet services has confined to 2G low speed connectivity.