Shiva broke many moulds, set up the career of RGV. Now, 25 years on... 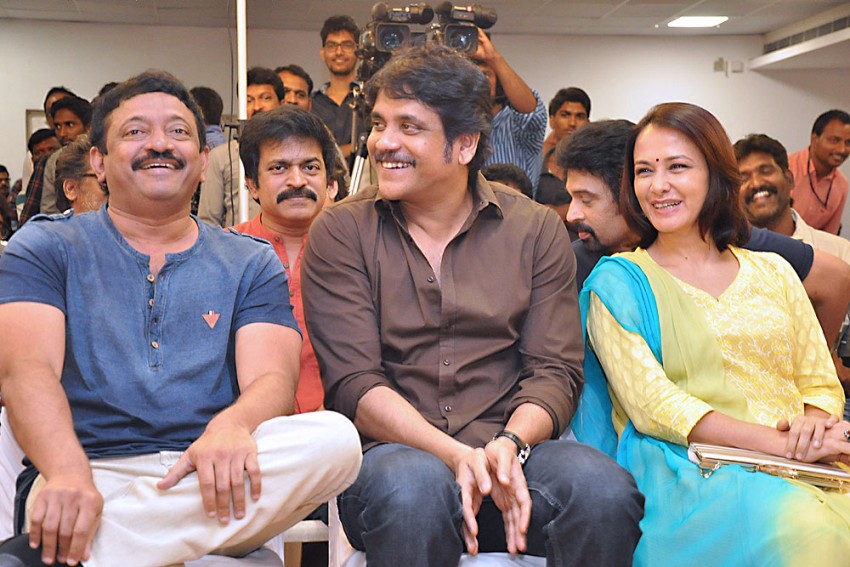 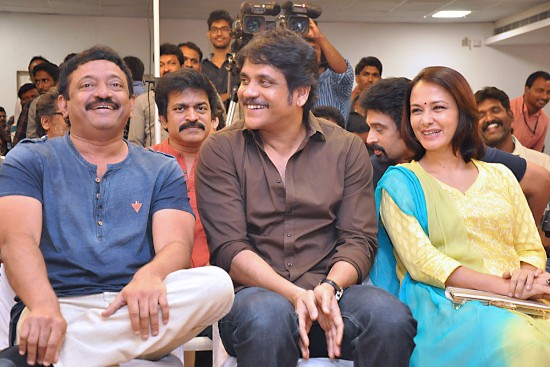 “People say I broke all the rules but the fact is I didn’t know any of the rules,” says Ram Gopal Varma of Shiva, the movie that announced his arrival in Telugu cinema. The gritty tale of 1980s college politics and local mafias was a huge hit, remade in most southern languages and in Hindi. Varma, then a 27-year-old bespectacled vet­­eran of the film buff’s sta­ple, the video library, referen­ced every­th­ing from Coppola to Holl­y­w­­ood B-movies like Tuff Turf in this tale of a strong, silent college- goer who takes on the mafia and later becomes a ganglord himself.

Actor Nagarjuna Akkineni was 28 when he played Shiva, a role which in retrospect Ramu says he was born to play—the tough new college student who wouldn’t back down when the local mafia comes for him. “Even today, when I watch Shiva, I feel that shock, a small shiver. It was a revolution in Indian films. Many people say that Telugu cinema can be classified into two categories, ‘Bef­ore Shiva’ and ‘After Shiva’. But for me, even 25 years on, there cannot be an After Shiva,” says Nagarjuna, who produced the film against all sage advice.

Indeed, Shiva has such cult fans who will tell you about the goosebumps they got when the camera first catches baddie Rag­huvaran’s face as he lights a cigarette. Or the scene when Shiva yanks out a cycle chain and takes on the local college rowdy, actor Chakravarthy. The subtle nods, the understated dialogues, the still camera technique, the one-liners, the haunting background score, the overall impact for its time was astounding.

Such was Shiva’s impact at the time that all the college heavies were carrying cycle chains, had rolled up sleeves.

When RGV first approached Nagarjuna with the script, he was an assistant on the film Collectgaari Abbayi and used to run a video rental shop in Ameerpet, Hyd­er­abad. RGV’s father Krishna Prasad Varma, was a sound engineer in Annapoorna Studios. “One day in 1987, Ramu’s father told me that his son had a script and asked if I would hear it. I said sure and Ramu narrated a horror story. I liked the script but I told him I was not interested in horror films and asked if he could come up with something else. This horror script was later made into Raat. In about three months, he came back with Shiva. I felt it was good and contained dollops of Ramu’s own experiences as well as his favourite movie Godfather but I was taken in by how precise Ramu was in his head. It was like a fine blueprint. He had planned every shot, every seq­u­e­nce, every dialogue. I realised that the manner in which he wanted to present the hero was radical,” recalls Nagarjuna. Telugu film veterans say the script was so good any actor would have made it a hit. But Ramu disagrees, “Many people have told me that Shiva was so perfect that any actor would have made it a success. But no, it was Nagarjuna who spotted the spark in the script and agreed to do the film. When I see the movie today, I understand my thoughts better than I actually did then,” he says.

Shooting for Shiva began in the summer of 1988. Summers in Hyderabad were not so hot then, so they shot all over the place, primarily in Keyes High Sch­ool, Secunderabad, which formed the college backdrop in the film. Nagarjuna remembers how he picked his own clot­hes for the film as did his then co-star and soon-to-be wife Amala. High waist jeans, acid-wash denim shirts tucked in and sneakers were what college kids wore in those days. “Amala would shop for her character and show them to Ramu who would okay the clothes. That was it. We had no dress designer,” says Nagarjuna explaining how they got the “realistic look of the characters”.

The almost operatic violence was ano­ther plus factor. There was no exaggerated theatrics, it was all done in a deadpan style. RGV has a twinkle in his eye when he talks of how he made ‘Shiva’ do mostly stomach punches and jaw hooks “beca­use that’s all I knew”. About the famous cycle chain scene, Nagarjuna says, “I arr­ived on the sets one morning and was told I would need to pull a chain out of the cycle and use it as a weapon. I rem­ember thinking, ‘Wow, that’s different’.” Incidentally, the chain used in the film is now part of the memorabilia, safely in the custody of actor Chakravarthy (who is beaten up with it in the movie). Such was Shiva’s impact on the youngsters of the time that college heavies everywhere were all carrying cycle chains or folding up their shirt sleeves as Nagarjuna did in the film. Many would gather in college canteens and sing, “Botany lecture undi, matinee picture undi, deniko vote cheppara (Is your vote for the Botany class or the matinee show?).” Ilayaraja’s music had struck a chord in every heart but it was his background score that lifted every scene to a crescendo.

Shiva soon attained cult status. Remade in Hindi, it was an even bigger hit. But still, it’s the original Telugu version that hardcore RGV fans still hold dear. Award-winning director S.S. Rajamouli, of Magadheera and Eega fame, recollects watching Shiva in Kov­vur. “All you could feel during the interval was a stunned silence. And people looking hither-thit­her. The thing about Shiva is it has tre­m­endous repeat value. Even 25 years on, as I watch it today, it gives me the same knotty feeling in the gut. Shiva still retains 80 per cent of its ‘zing value’, that is why it’s a cult classic,” says Rajamouli.

“All you could feel during the interval was a stunned silence. Even 25 years on, it still gives you a knotty feeling in the gut.”

Rajamouli confesses with a grin that he even copied the cycle chain scene in his first movie, Student No. 1, starring NTR Jr. Director Krishna Vamsi recollects how he had a poor opinion of RGV and felt that the he had hoodwinked Nagarjuna with a rehash of the Sunny Deol film Arjun. “I was an AD then and I felt Nagarjuna was giving RGV too much leeway. But during sho­oting, we all began to realise what the word ‘different’ really meant. Such was the flaming intensity of the action scenes that we began to see RGV in a comple­t­ely new light. We were in complete awe.”

Another thing that Shiva did was help many of the then ADs in Tollywood to think “original”; they started  tearing up their conventional scripts. “If there are directors like me today who have made it big, it’s all because of Shiva and Ramu,” says Puri Jagannath. After Shiva, many radical filmmakers began cra­wling out of the woodwork. Some films worked, many didn’t, but at least people were “allowed to think differently”.

Nagarjuna’s blazing entry into Bollyw­ood, however, did not progress beyond Shiva and Khuda Gawah. But he says now he never wanted to go to Bollywood. “I am a very content man, not at all ambitious. I was very happy with my success in Telugu films and stayed here. Many people don’t believe this but it is so. I only did Khuda Gawah because I am a great fan of Amitji (Amitabh Bachchan) and because Sridevi had sent word.” Nagar­juna refuses to talk about the kind of films that RGV makes nowadays and says he calls up Ramu when he sees a good film of his like Company or Sarkar.

The original film is being digitally remastered and will be released again next month to mark the film’s 25th anniversary. For Shiva junkies, this is a chance to steep themselves once again in the film’s smouldering intensity. This correspondent will be watching it at Devi theatre at RTC Crossroads where she first watched Shiva in 1990. She’ll hopefully feel indebted to Ram Gopal Varma all over again for creating a film that chan­ged Telugu cinema forever.