India, Pak were close to real breakthrough, Modi must pick it up 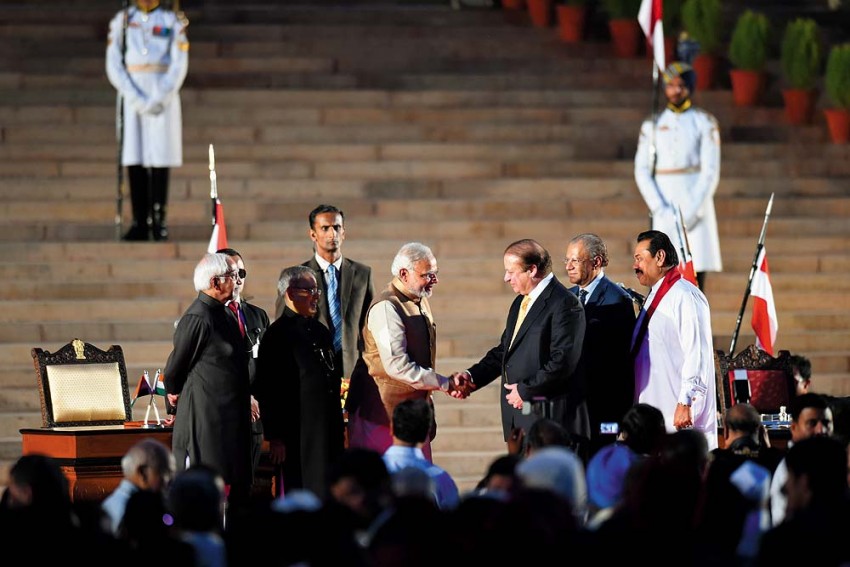 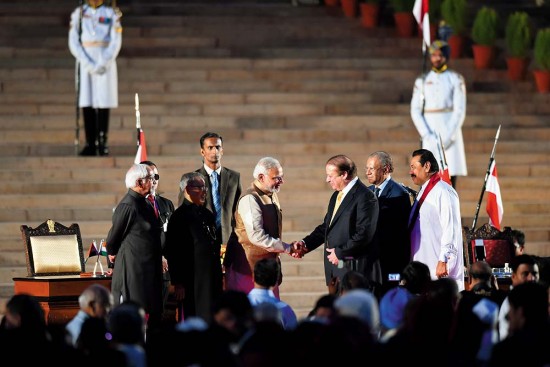 The meeting between Benazir Bhutto, the first female Muslim prime minister in the world, the toast of her times and the only celebrity the Clintons ever queued up to see, and India’s young and handsome PM, Rajiv Gandhi, held a lot of promise. Both had similar pedigree. Benazir was at Oxford and Harvard; Rajiv at Cam­bridge. They got off beautifully. There was a lot of promise in the air and many felt the two would usher in a new era of peace. Unfortunately, that was not to be. Pakistan was flying high at that time, having just seen the Soviets withdraw from Afgha­nistan as a result of its efforts, supported by the US, European allies, China and a lot of the Muslim world. That it would have to pay a big price for the policies crafted to tackle the Soviet invasion of Afghan­istan is not the subject here; I have dwelt on it in my new book, Neither a Hawk Nor a Dove.

Rajiv wished to go into the 1989  election with the image of peacemaker-statesman and felt peace with Pakistan could yield dividends. Perhaps it could even make people forget the Bofors scandal. He was also looking to win Benazir’s support for ceasing Pakistani support to the Khalistan movement. Benazir wanted India to withdraw from Siachen, which it had stealthily occupied in violation of the Simla pact. Benazir claimed she had kept her part of the bargain but Rajiv failed to deliver on his. According to her, Rajiv called her while she was en route to a Commonwealth meeting to tell her that he could not keep his promise on Siachen but would do so after polls. Some Indian analysts argue the promise wasn’t kept because Benazir didn’t have her army’s support. But I stro­ngly feel, based on my experience as foreign minister, that if India had withdrawn from Siachen, it would have created the right atmosphere for solving other contentious disputes.

The years 1999-2002 saw high tension between India and Pakistan—Kargil, the inconclusive Agra summit, the Parlia­ment attack, then the largest mobilisation of troops since ww-ii. Former president Pervez Musharraf would say Kargil highlighted the need to resolve Kashmir. But Pakistan paid a big diplomatic price and faced international criticism. India’s invitation to Musharraf was a total reversal of its stated stand since October ’99 not to deal with a military regime in Pak­i­s­tan. Many reasons have been given for the Agra failure; Pak­istanis and Indians, expectedly, have different versions. In my view, the fundamental reason was the relative lack of any preparatory or staff work. Prime minister Vajpayee on April 18, 2003, offered “a hand of friendship” to Pakistan. The US played a big role in bring­ing the two countries together; Secretary of state Colin Powell was in constant touch with me that time. We resu­med the dialogue with India, discussing all issues, after the joint statement of January 6, 2004. As a result, a lot of progress was also made in people-to-people contact. The Lahore and Moh­ali cricket Tests, with youngst­ers holding aloft Pakistan-India flags, or painted on their cheeks, cheering both sides was called a “public celebration of peace”.

We saw in this period a relati­vely more liberal visa regime, progress both on the Composite Dialogue as well as on the back­channel, and were near resolving some of the most intractable disputes, including those on Kashmir, Siachen and Sir Creek by end-2006. I plan to give det­ails and the background on the Kashmir settlement in my book where I also deal with the role of the Pakistan army as I saw it impinging on relations. Puli­tzer-winning author Steve Coll, after meeting all the main actors involved in Pakistan, India as well as in Wash­ington and key European capitals, says these efforts were aimed at producing a “cleansing” and “transformational” peace.

Voices on both sides urge that they ignore the other. They should remember that like plagues, terrorism too knows no border.

The backchannel negotiators on Kashmir met in different locations in many countries to preserve the secrecy of the process. They brought the drafts to the principals in the countries, where changes were made and sent back to the other side and so on and so forth. Our work was detailed and thorough; in many cases, I even changed the punctuation. It was after approximately three years of such painstaking work that we felt we were nearing a stage where, after settling the few remaining details, we would be in a position to present the draft of an agreement to our respective publics and constitutional authorities for their approval. The major features of the draft Kashmir agreement involved, inter alia, gradual demilitarisation, self-governance and a joint mechanism involving Kashmiris from both sides as well as Pakistani and Indian representatives in some form or another. The purpose was to improve the comfort level of Kashmiris. The joint mechanism envisaged cooperation in various fields, including exploitation of water resources and hydel power. The draft, it was felt, would be acceptable to an overwhelming majority of Kashmiris, Indians and Pakistanis. It is impossible to find a solution that would be equally acceptable to everyone. Dr Henry Kissinger, writing in March 2014 on how to resolve the Ukraine crisis, says that in problems of this nature, “the test is not absolute satisfaction but balanced dissatisfaction”. I am convinced what we had nearly achieved was much better than this. The painstaking labour and progress ach­ieved then, I am sure, won’t go waste; the two sides will have to begin from where we left rather than reinvent the wheel when the time for earnest dialo­gue and engagement is again propitious, with statesmen at the helm in both countries.

Narendra Modi’s vision of developing India can’t be fulfilled if there is tension in the region. He is supported by big business, and businessmen hate nothing more than instability. Even an ordinary travel advisory from a major country in case of tension can cause a lot of negative outflows of capital, as happened in June 2002 when a million soldiers from both countries stood eyeball to eyeball. He has a historic opportunity to complete the mission we pursued, the concrete work we did. With his impressive mandate, Modi would not find it difficult to put the finishing touches on the draft agreement on Kashmir if he has the political will. It is my conviction that any settlement on Kashmir will have to be more or less on the lines of what was achieved after three years of hard work that took into consideration all competing interests, everyone’s bottomline.

Back in November, India had cancelled foreign secretary-level talks on the pretext that the Pakis­tan high comm­issioner in New Delhi met with Hurriyat leaders. This has been the norm for many years, and there are good reasons for this. Since India had objected to including Kashmiris directly in the dialogue process and Pakistan had wanted them to be included, it was as a compromise that I suggested to Natwar Singh, then India’s external affairs minister, that Kashmiri leaders on both sides be allo­wed to interact with each other as well as with the leadership in Islamabad and New Delhi. This, we in Pakistan thought, was eminently sensible, since any framework of an agreement the two governments would agree to was not likely to be accepted, at least in Pakistan, if the Kashmiri leadership rej­ected it. What resulted was a deterioration of relations, as shown by heavy cross-LoC firing, each side blaming the other, causing casualties and claiming they have taught the other side a lesson.

I think Pakistan and India would be making a massive mistake if they pretend they can ignore the other side. There have been voices on both sides urging that they do exactly that. Hardliners on the Pakistani side believe we should forget about India and focus on the Muslim world, China, the US and EU. They say Pakistan’s diplomatic leverage has increased due to recent events in Afghanistan, West Asia and the increasing tension between Russia and the West following the Ukraine crisis. They say this would lead to a greater salience for Pakistan—as evidenced by army chief Gen Raheel Sharif’s successive and highly visible visits to the US, Britain and China. Similarly, hawkish Indians say the Indian economy is way bigger, that its democratic institutions are far more stable. They love to highlight Paki­stan’s internal difficulties, particularly at the hands of hardline domestic terrorists. They say Pakis­tan should be left to stew in its own juice.

But, like plagues and diseases, terrorism too knows no borders. Pakistanis realise that, ultimately, all the different groups of extremists or jehadis are interlinked and have similar objectives. The Pakistan army had been cracking down heavily on the Tehreek-e-Taliban Pakis­tan, and paid a price with the brutal attack on an army-run school in Peshawar. Having sent a message home, TTP could turn toward India.

When foreign minister Sushma Swaraj was asked about India’s strategy tow­ards Pakistan, she said, “There is no full stop in diplomacy, only commas and semi-colons.” I couldn’t agree more. Since a degree of optimism is essential, particularly among those dealing with Pakistan-India relations as I did, I beli­eve two countries that have fought five wars, seen periods of sustai­ned tension even at peacetime and are now nuclear-armed have no other option. It’s not only due to my optimism that I feel we can resolve our disputes, including Kashmir. I also saw things from the inside and know how close we were to rea­ching solutions. I also saw how public opinion can und­ergo dramatic change under a positive leadership. I saw things change dramati­cally when we traversed “a path less travelled” bet­ween November 2002 and November 2007. This is why I say the things I do. I hope current tensions are  more a manifestation of India’s internal political dynamic than a reflection of Modi’s real vision for regional cooperation. Luckily, ties with India have largely ceased determining Pakistan’s political discourse; neither Nawaz Sharif nor his political opponents had to make India an electoral issue. The compelling imperatives of the 21st century, characterised by collaboration and interdependence, will impact the destiny of the two countries which humiliatingly contain half the world’s poor.